The Indian arm of BMW, a world renowned German premium automotive marque, has rolled out its first locally assembled 7 Series model from its Chennai-based manufacturing facility on May 30, 2013. The fifth generation 7 Series model was launched in the domestic car market on April 25, 2013 and it was revealed then that it would be soon be locally produced in the country. 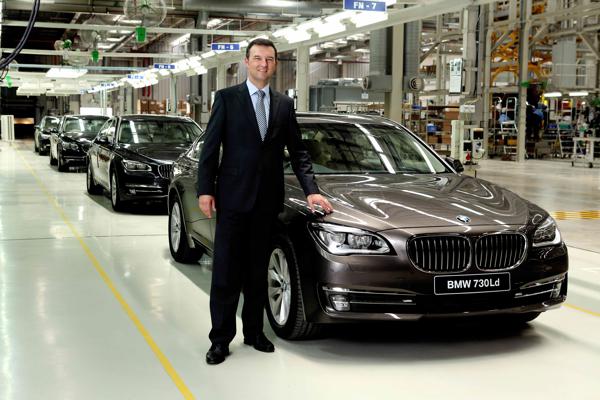 The 7 Series luxury limousine is BMW's flagship model in the Indian premium automobile market and is among the most regal and luxurious vehicles in its class. The stunning saloon is pitched against Jaguar XJ 3.0, Audi A8L 3.0 TDI and the Mercedes-Benz S Class S350L in the country.