Porsche launched the new-gen Cayenne in India at Rs 1.19 crores

The new-gen Porsche Cayenne is launched in India for the price of Rs 1.19 crore. The second generation Cayenne is available in three guises – Standard, Turbo and E-Hybrid. 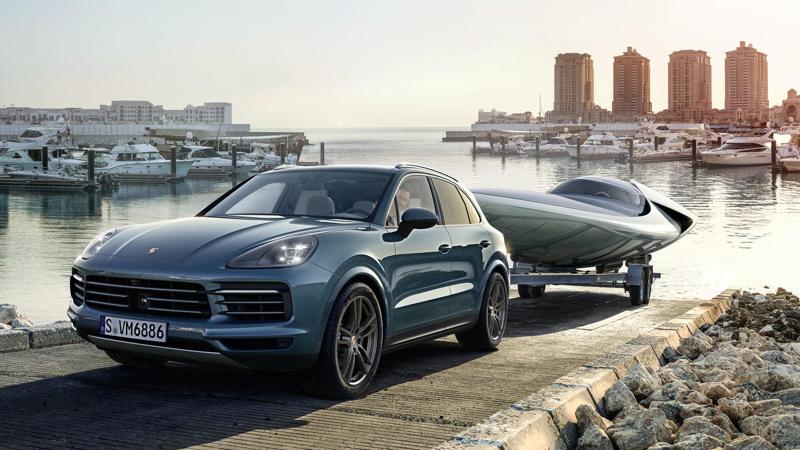 Developed ground-up, the Cayenne moved to the new MLB Evo platform and carries an evolutionary design along with updated interiors. The SUV now also gets a rear-wheel steering as well. Appearance wise, it takes its design cues from its younger siblings, the Macan, and the new-gen Panamera. The headlamps now have the four-point LED signature. The bulbous tail lights at the rear of the outgoing car have been discarded and instead, a new sleek LED taillight design has been adopted, which runs across the rear. Overall, the new Cayenne looks sleeker, sportier, better proportioned and more handsome as compared to the outgoing car. The Porsche SUV is also the first of its kind to get an adaptive rear spoiler.

The Panamera influence extends to the interiors too with the centre console getting the new 12.3-inches infotainment touchscreen. The cabin comes loaded with all the connected features Porsche has on offer. This includes a 710 watts Bose sound system, 18-way adjustable seats, leather upholstery and all other luxuries expected from the sports SUV. There are plenty of driving aids as well.

Under the hood, there are three powertrain options for the three variants. The standard Cayenne is powered by a turbocharged 3.0-litre V6 that produces 340bhp/450Nm. The mighty Turbo gets a 4.0-litre twin-turbo V8 putting out 550bhp and 750Nm. The 0-100kmph times are 5.9seconds and 3.9seconds while the top speeds are 245kmph and 286kmph respectively. Meanwhile, the E-Hybrid comes with a 335bhp 3.0-litre V6 paired with a 136bhp electric motor. The combined output is 462bhp and 700Nm which enables a 0-100kmph time of just five seconds. There is no diesel powertrain even as an option with the new-gen Cayenne.

The new Cayenne continues to remain in the fray against the likes of Range Rover Sport, Maserati Levante apart from Mercedes-Benz GLS and BMW X6.

Pricing for the 2018 Porsche Cayenne is as follows –