Honda India, the much appreciated arm of Japanese auto maker, has been witnessing some of the good times in the dwindling domestic auto market. Reportedly, the company introduced its first diesel model, Honda Amaze, in the market to compete against the likes of Maruti Suzuki Swift DZire in the compact sedan segment. Interestingly, there has been some nine months since the launch of the model and the auto maker has received almost 22,000 bookings for its recently introduced Amaze. Currently, Honda India has been witnessing a long waiting period for its model and the auto maker has been said to be struggling hard, in order to find a balance between demand and supply. 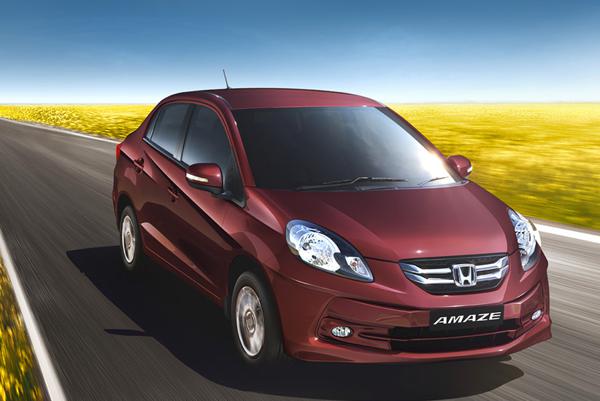 In order to cater the demands of a large section of society, the model has been introduced in both the fuel options, namely petrol and diesel. Interestingly, the petrol model of Amaze houses a same engine, which has been doing a good job in the Brio hatchback. The 1.2 litre i-VTEC petrol drivetrain of Amaze is capable of churning out a maximum power of 86 bhp, with a peak torque of 109 Nm. With this output, the auto maker claims that the model delivers a astounding fuel efficiency of 15 kmpl.

On the other hand, the diesel version is equipped with a turbocharged 1.5 litre i-DTEC engine, which produces a maximum power of 98 bhp and 200 Nm of highest torque. Following this output, the diesel variant of Amaze offers an unmatched ARAI mileage of 25.8 kmpl. A thing to note here is that the Anti-lock Braking System (ABS) and Electronic Brake-force Distribution (EBD) has been offered as a part of standard accessory across all the variants of Amaze Diesel. Both petrol and diesel engine models are mated to a five-speed manual transmission system, whereas the top end petrol guise has been also offered with a a five-speed automatic gearbox.

The Tapukara (Rajasthan) plant of Honda India currently has the potential to roll out 10,000 units each month and the auto company is planning to double its production by the end of 2014. It must be noted that although Honda India announced an increase in the prices of Amaze and its other models, the demand for its models reported a hike of 20 per cent. At the same time, the Indian auto market was witnessing one of its worst times, when Honda India registered a growth.