Polaris India, a leading maker of off-road and All-Terrain Vehicles (ATVs), has officially announced that it will take part in the famous Mughal Rally, which is to be organised in Srinagar, Jammu & Kashmir. Interestingly, this participation will be for the first time in the history of Polaris. Mughal Rally is organised every year and covers a distance of around 600 km, going through the Mughal Road in Srinagar. Reportedly, Polaris India will be using its RZR S 800 model, along with its ace rider Raj Singh Rathore, in order to take part in the rally. 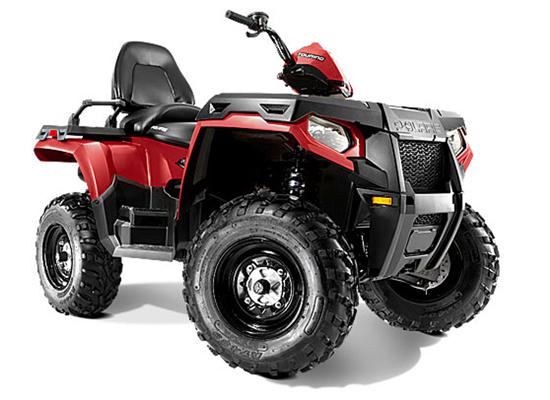 Expressing his views on the participation in the Mughal Rally, the Managing Director of Polaris India Private Limited, Pankaj Dubey was quoted as saying, “We Indians are showing more inclination and interest towards adventure sports. This has opened a wide scope of opportunity for the off-road vehicle industry to gain success. Mughal Rally is a fully packed adventurous journey and we are happy to be a part of it. Even though, this is our first time at the Mughal Rally, I am confident that we will emerge with flying colours as we have done in other similar events previously. We are excited and confident about our ATV's and are prepared to win the top spot with our ace product, RZR S 800.”

Sources close to the development process revealed that RZR S 800 has been specifically designed to take on any off-road terrain with much ease. The model is equipped with a 760 cc twin-cylinder engine, which produces a maximum power of 52 bhp. Interestingly, the engine of RZR S 800 is mounted behind the passenger seat, in order to give a lower centre of gravity to the model.

It must be noted that although Polaris India is participating in this programme for the first time, it has been a regular player in a such types of events like Raid the Himalayas, Desert Storm and Dakshin Dare. Interestingly, it has also been a clear winner in the number of earlier events. Reportedly, Mughal Rally has been scheduled from June 28th to 30th and will include the an 84 km stretch of the ‘Mughal Road’. A day before the rally, on June 27th, a technical scrutiny and documentation work of the participating vehicles will be organised.