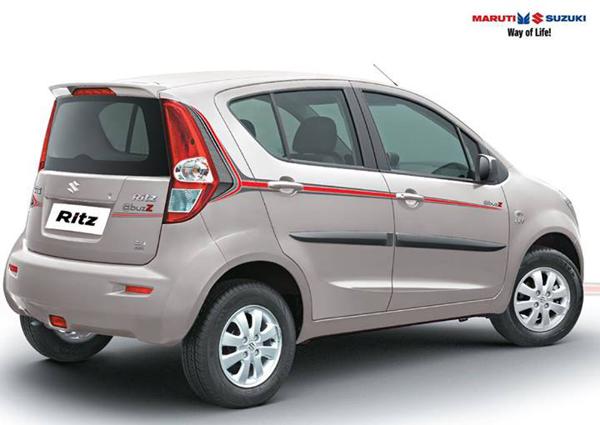 At the interiors, the recently introduced model has been equipped with an advanced music system, which is compatible with Bluetooth and USB, and has six speakers. Other key highlights of the model include seat covers, door sill guards, rear parking sensor, floor mats and a rear parcel tray. It must be noted that the Ritz @buzZ Edition has been equipped with the same petrol and diesel engine from the standard model. The petrol guise houses a 1.2 litre engine, which produces a maximum power of 83 bhp, with a peak torque of 113 Nm.

On the other hand, the diesel model is equipped with a 1.3 litre engine, which churns out 74 bhp of peak power and 130 Nm of highest torque. In order to channelise all the output to the front wheels of the car, an option of either five-speed manual or a four-speed automatic transmission system (petrol only) has been offered to buyers.

A thing to note here is that the Maruti Suzuki has not announced any official price of its new Ritz hatchback, but is it is expected to cost Rs. 15000 to Rs. 20000 more over the standard model. Industry experts are of a view that the auto maker has launched this model to boost its muted sales in the hatchback segment; the space where Indian buyers have a special penchant. It must be noted that Maruti Suzuki has been lately introducing special edition variants of its several models, in a move to prop up the dwindling sales.