Honda as a surprise unveiled the second-generation Amaze for the Indian market at the 2018 Auto Expo and launched it here later that year. It is currently available in four variants and 22 trim levels with two engine and transmission options. As standard all variants get anti-lock braking system and two front airbags. As a part of the updates for the Amaze, Honda in 2020 added two special versions - Special Edition and Exclusive Edition. Both of these variant lines have been fitted with extra features such as an updated infotainment touchscreen, a sliding armrest, chrome highlights around the windows, fog lights and tailgate.

On the outside, the second generation Amaze has been fitted with halogen headlights with LED daytime running lights and depending on the variant there are fog lights too. At the back, there are combination taillights that dominate the appearance. Once again depending on the variant, you get rear parking sensors with a reverse parking camera. All versions have 15-inch wheels with top-spec model getting them as alloys. It can be had in five different exterior colour choices - Radiant Red, Platinum White Pearl, Lunar Silver Metallic, Golden Brown Metallic and Modern Steel Metallic.

Honda has fitted the Amaze with a two-tone interior design. This features beige seats and a black dashboard. The instrument cluster has a small display along with an analogue speedometer and tachometer. Depending on which variant you buy, there is a 6.9-inch touchscreen infotainment system that supports Android Auto and Apple CarPlay. The special editions have been fitted with bigger and more modern touchscreen systems. It gets additional features such as cruise control, a voice command function, two airbags and paddle shifters.

Find a list of all 21 petrol and 21 diesel versions of Honda Amaze [2018-2021]. This table includes on-road price which covers all costs like RTO and Insurance. What you are looking at here is the all-new Honda Amaze and by all new we do mean all new. It still ducks under the crucial 4 meter mark yet it doesn’t look like the old car at all.

What you are looking at here is the all-new Honda Amaze and by all new we do mean all new. It still ducks under the crucial 4 meter mark yet it doesn’t look like the old car at all. That’s because Honda has completely changed the look of it. While they were at it, the brand has also updated the mechanicals besides adding a segment first CVT gearbox for the diesel option. Here’s how all the changes and updates fare in the real world. 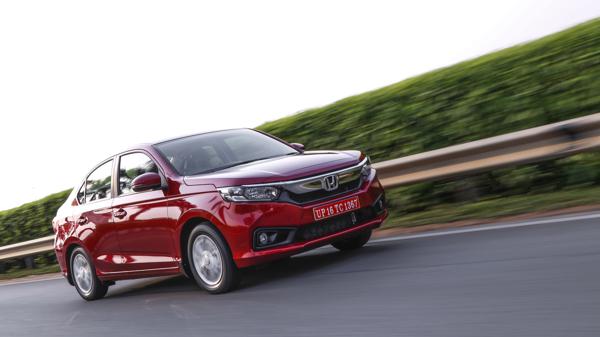 The exterior design of the 2018 Amaze divides strong opinions. Well it certainly did when we discussed it among fellow motoring journalists during the first drive event. That slab-like profile of the front-end is bold and sharp looking. While there are some elements, like the overly aggressive nose and the thick chrome bar, which may not go down well with everyone, the new Amaze does get some nice touches like the LED daytime running lights and the upsized 15-inch aluminium alloy wheels. Thanks to its short hood length and a well extended boot-lid, the Amaze fits under the crucial 4-metre length without looking disproportionate. The same certainly cannot be said for some of its rivals. 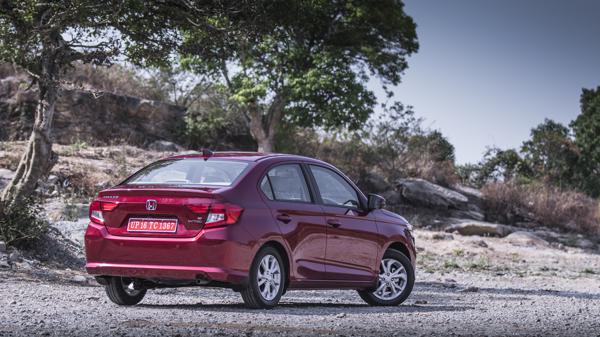 Honda has really gone to town with the new Amaze. Even the cabin has been fully updated with a sleek new layout and new materials. You get a nicer looking instrument cluster with plenty of driving related information and a new multimedia display with built in navigation, Android Auto and Apple CarPlay. The Amaze now even gets push button start, keyless entry and LED turn indicators on wing mirrors. The quality of plastics are on part with the segment, however, it isn’t as consistent as the Hyundai Xcent. 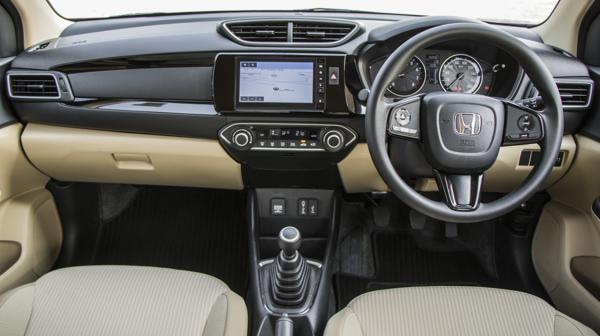 Moving onto space and comfort, the front seats are wide and well padded, however, we would have liked some more thigh support. On the plus side, we didn’t have any complaints with the rear seat comfort as the bench itself is nicely contoured and the seat base is long enough to keep under thigh support in check. 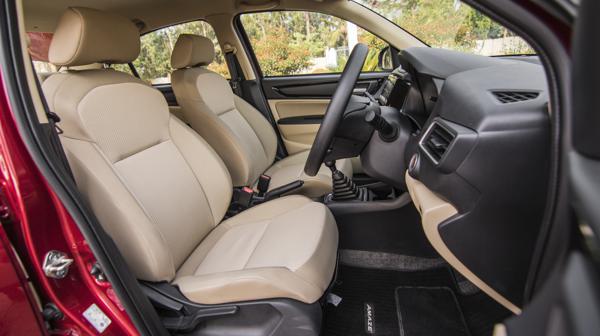 The only downside is that the cabin isn’t wide enough to have three people at the back in total comfort. Visibility all around is pretty good, with a large windscreen along with plenty of glasshouse with the front and rear windows. All the controls up front are logically laid out and easy to use although we found the steering mounted controls a little too small for our liking. Finally, the 420-litre boot is slightly larger than the old car but the loading height isn’t the best in its class. 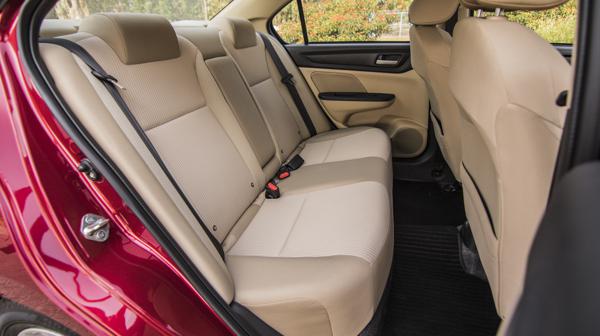 Given that most of you probably are keen to know about how the diesel CVT works, we will get on with it first. To begin with, Honda has detuned the 1.5-litre diesel engine to make it work more efficiently with the CVT gearbox. As a result, it makes 80bhp and 160Nm (as against 100bhp/200Nm as standard). However, within minutes of driving the CVT equipped variant you can feel the improvements in driving comfort. Firstly, Honda has put in some work to make the engine less noisy and improved the sound deadening. The diesel clatter, as a result, is well subdued compared to the old car. 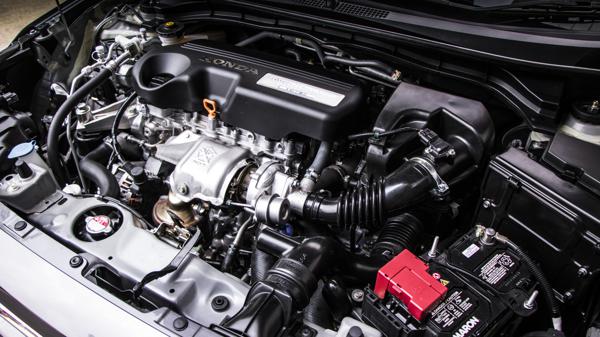 Secondly, the turbo lag has gone down considerably compared to the manual. Sure, there is still that strong pull around midrange and the car will effortlessly climb up to highway speeds but the difference here is that the CVT masks nearly all of the lag with the way it works. That said, just like every other CVT, this one has a rubber band effect too which means flooring the pedal will have the revs climb up immediately. The gearbox even has an S mode which keeps the revs high for better pulling power. However, under heavy throttle you can hear a lot of diesel clatter in this mode compared to when you put it in drive. 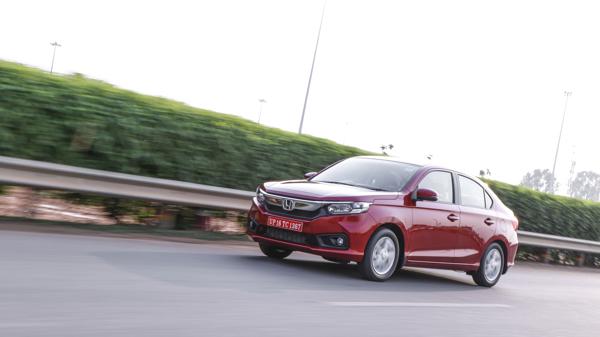 All in all, this engine gearbox combination works better than the petrol CVT Amaze if you are after effortless performance and efficiency
In the corners, the Amaze isn’t as sharp as the Ford Aspire or even the Maruti Dzire but feels balanced nonetheless and offers good body control and feedback from the steering which contribute to above average dynamics in this segment. As for the ride quality, the car absorbs most of the rough stuff with ease thanks to the well calibrated dampers. Still, expansion joints and sharp-edged inconsistencies can be felt in the cabin and at high speeds there is some amount of vertical movement especially when the car is loaded. It’s not a deal breaker though just a point worth making. 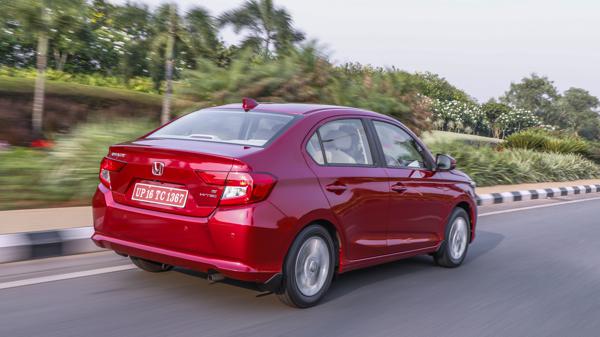 So there you have it, the new Honda Amaze. It’s bold, its aggressive looking and in many ways better than the old car. You get more features as standard, a better looking cabin and a whole lot of convenience as you get the CVT gearbox in both petrol and diesel engine options. On the other hand, what lets it down is the inconsistent cabin quality and a mediocre petrol engine. Given the wide range of engine and powertrain options, Honda is clearly aiming at the Maruti Suzuki Dzire which also gets an automatic for both petrol and diesel versions. However, the Amaze CVT could become noticeably more expensive since CVT technology comes in at a much higher cost compared to the relatively rudimentary AMT gearbox. 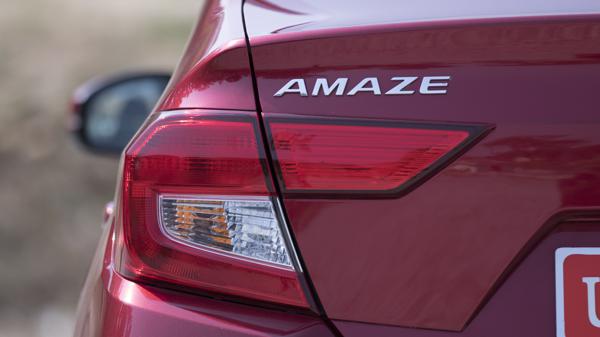 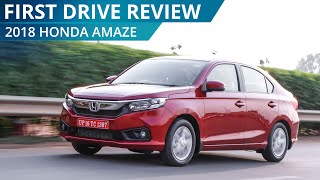 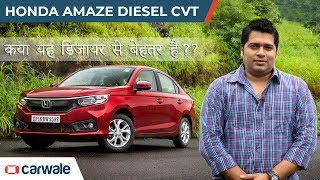 &nbsp; &nbsp; Honda Amaze Honda cars India Ltd has announced special year end discounts on the entire range of products except on the SUV- CR-V. &nbsp;We list out the model-wise offers that 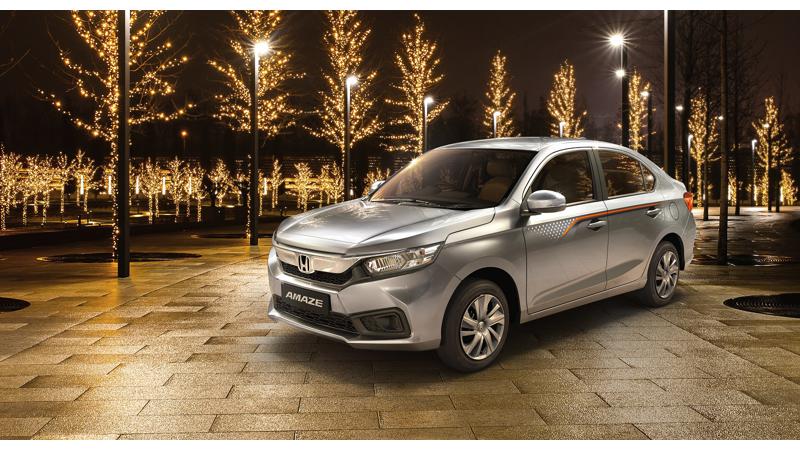 Honda Amaze Honda has listed an array of discount offers across its product range. The benefits can be availed by the potential buyers in the form of cash discount, exchange bonus, and corporate

Honda-Amaze-WR-V-Eclusive-Edition With the Diwali festival around the corner, Honda Cars India Ltd. has launched special editions of the Amaze Sedan and WR-V crossover. These exclusive editions