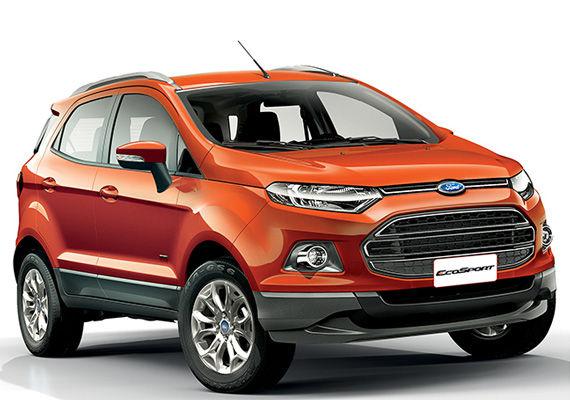 “As part of routine checks, we discovered a potential concern with EcoSport diesel variants related to the Glow Plug Module which requires relocating the module,” a spokesperson from Ford India said. “We are contacting customers to take their vehicle to their Ford dealership to have the work carried out. No accidents or injuries have been reported related to this issue and this is a proactive, voluntary recall action to ensure customers' safety and satisfaction,” he further added.

A critical component used in starting the engine, the glow plug is only present in diesel models. For the efficient burning of the fuel, the glow plug is fitted in the engine, in order to warm the combustion chamber. Currently, the glow plug is placed near the front bumper of the Ford EcoSport. The American car maker is planning to relocate the module at a place, probably around the engine bay, where the probability of catching moisture is reduced completely.

This malfunction could be a major setback in what seemed to be Ford's go-to plan in gaining a stronghold in the Indian car market. The American auto maker was on its way to stage a comeback in the market with the Ford EcoSport generating a high amount of buzz and receiving massive pre-bookings. Interestingly, only a few days back, Ford asked its dealers to stop accepting bookings for the EcoSport diesel for a period of three weeks as the production capability was not in tandem with the delivery capacity. The EcoSport is slated to do really well in the Indian market as it is a part of the compact SUV segment, which is growing at a fast and steady pace.

It must be noted that Ford India has made an investment of 142 million dollars in the Chennai plant for the manufacturing of EcoSport. Apart from the Chennai plant, an investment of $ 1 billion is being made to set up another manufacturing unit in Sanand, which is expected to be in operation by 2014. A lot of industry experts feel that events like these could potentially harm the brand's image and its future prospects. A lot of them feel that things like these are avoidable and their occurrence leads to the loss of the belief a consumer has in a particular brand.

“It is a small problem, and they could have avoided this. It will hit their image. It may shake the consumer confidence. Although the problem is not a big one they could have lived without it,” said V G Ramakrishnan, the Managing Director of Frost and Sullivan, South Asia.

What makes this incident more grave is the fact that it has occurred in the past as well. It can be noted that Ford India was engaged in the recalling of a colossal 1.28 lakh units of compact hatchback Figo and the Classic sedan. This happened in August of 2012, when there were issues with the steering and the rear suspension of the above mentioned models. However, in the defence of Ford, it can be said that they are not the only firm that has recalled its vehicles. Following the adoption of the “voluntary recall code” in July 2012 through the orders of behest of Society of Indian Automobile Manufacturers (SIAM), auto makers in the country have recalled a colossal 1.6 lakh cars and around 11500 units of motorcycles. Other than Ford India, Nissan, Honda and Toyota are among the prominent ones who have been involved in proactive recalling of vehicles.