Datsun launched the updated GO hatchback in India in early 2019. This has been the most major overhaul for the hatchback in the country since its introduction in 2013. There are subtle exterior changes and a much needed addition in the feature list.

The GO hatchback is available across five trim levels and debuts two new body colours – Amber Orange and Sunstone Brown – respectively. Appearance wise, the subtle changes on the redesigned bumper include vertical LED daytime running strips integrated into the blacked-out insert. The grille is slightly tweaked and the overall appearance looks a lot more appealing than before. The rear bumper also gets subtle changes to keep things fresh. Additionally, both cars will be offered with 14-inch alloy wheels for the first time.

The most prominent changes is on the inside. The centre console gets a seven-inch Blaupunkt touchscreen infotainment system which is compatible with Apple CarPlay and Android Auto. The dashboard is thoroughly revised with a new instrument cluster, proper glove box, and a conventional handbrake lever between the seats. The feature list sees new additions in terms of power windows, electric mirror adjusts, rear parking sensors, dual front airbags, and rear window wipers as standard.

Under the skin, things remain unchanged.  You now get a BS6 compliant 1.2-litre three-cylinder petrol motor that puts out 67bhp and 104Nm and can be had with a five-speed manual or a CVT gearbox.

Find a list of all 7 petrol versions of Datsun GO. This table includes on-road price which covers all costs like RTO and Insurance. Datsun introduced the updated versions of the GO hatchback and the GO Plus mini-MPV in October 2018. It was the first overhaul since they were first introduced in the country more than four years ago. The updated models are not just visually appealing, 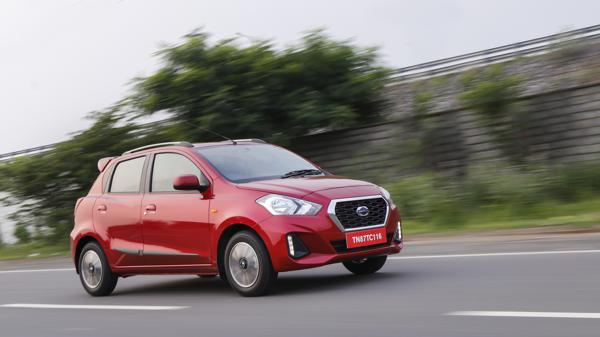 Datsun introduced the updated versions of the Go hatchback and the GO Plus mini-MPV in October 2018. It was the first overhaul since they were first introduced in the country more than four years ago. The updated models are not just visually appealing, but are also safer and offer more features over its predecessor. Now, a year later, Datsun is all set to introduce a CVT option for the GO siblings. Interestingly, post the launch of these new automatic variants, Datsun will become the first car manufacturer in the country to offer an optional CVT in this segment. Currently, its segment rivals like the Maruti Suzuki Wagon R, Tata Tiago and the Hyundai Santro are available only with an AMT option. 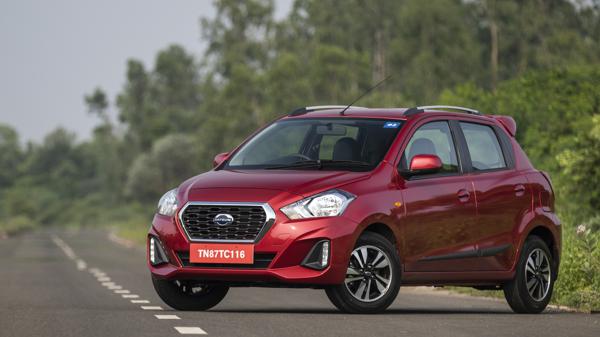 There is no denying that the new GO and the GO Plus have a premium charm over its predecessor, especially with the sporty looking 14-inch alloy wheels. The sweptback headlamps, sharply cut bumper and a redesigned mesh makes the car look more mature than before. The rear also gets a new bumper for freshness. Of the two, like the name suggests, the GO Plus appears to be the one on a protein diet, while the GO looks more balanced. 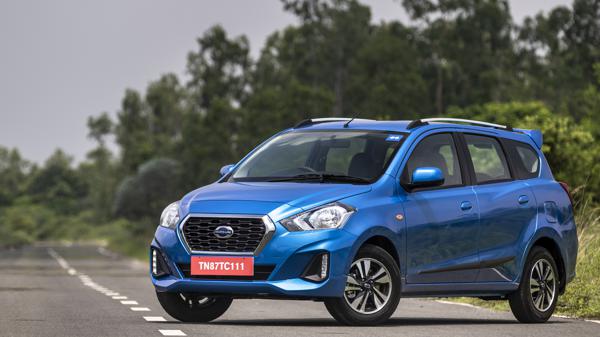 Apart from the visual updates, the GO and the GO Plus facelift have received structural upgrades to comply with the crash test norms. As a result, the overall weight has gone up by almost 100 kilograms. However, that’s just a small price to pay for a safety. Moreover, the quirky design of these cars along with interesting colour options are bound to turn heads. 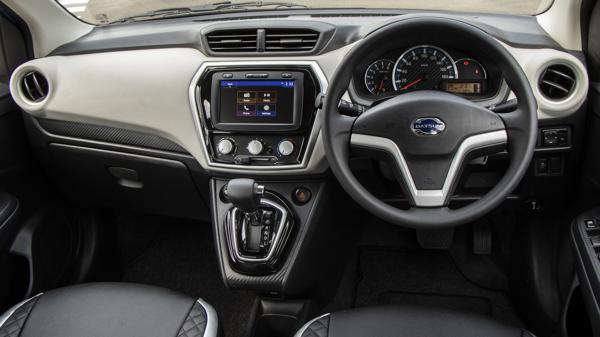 This is where you will find big differences over its predecessor. The interior is refreshingly new and the pretty basic dashboard has been replaced by a modern one. The dashboard plastic quality has also been improved. The large seven-inch touchscreen display with a hexagonal centre console with silver finish further lends it a youthful and modern charm. The Blaupunkt infotainment system is available with Android Auto and Apple CarPlay. The steering wheel gets new inserts for freshness. To set these cars apart from each other, Datsun offers a dual-tone white and black dashboard for the GO Plus, while the GO gets an all black treatment with silver inserts. 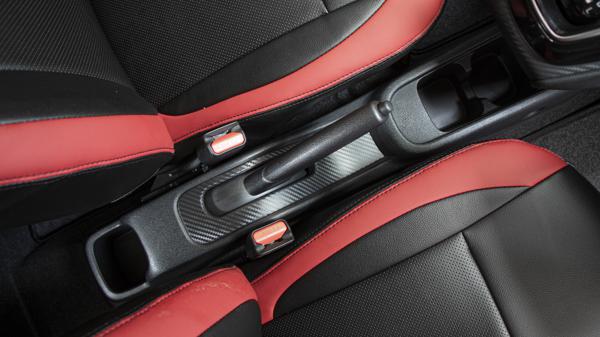 The conventional handbrake lever has been replaced by the old-school pull-and-twist handbrake. Personally, I never liked the idea of an open glovebox and thankfully, the new model gets a conventional treatment. At the front, the new model gets two cup holders, bigger door pockets and two cubbies next to the steering column. The new bench seats are comfortable while driving around for a few hours, however long distance commute can get a little tiring. The large window panes offer good visibility, especially while driving around the city. 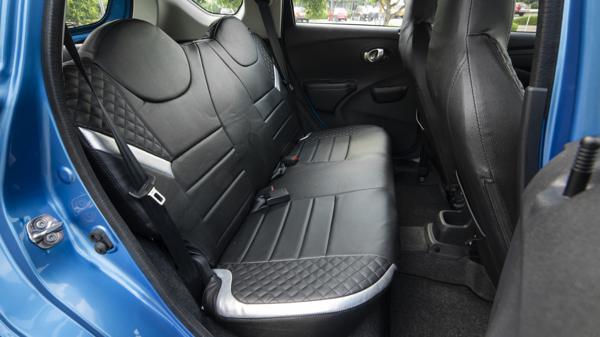 The rear gets a flat and wide bench which can accommodate three with decent comfort. However, limited knee-room can pose a problem for tall passengers. It should also be noted that the faux leather seat in the vehicle is not a part of the standard equipment. The third row seat in the GO Plus is better off with the seats folded down and can be used for additional luggage space, unless you have kids who are willing to take the back seat. 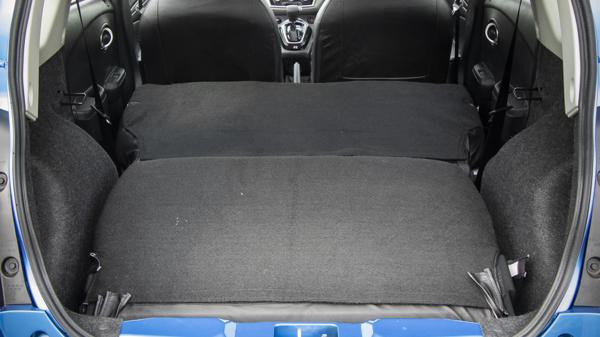 Speaking of boot space, the GO hatchback offers a generous 256 litres, while the GO Plus with the third row folded down gives you 347 litres. Moreover, the middle-row of the GO Plus can be folded down to meet that additional luggage loading requirement. 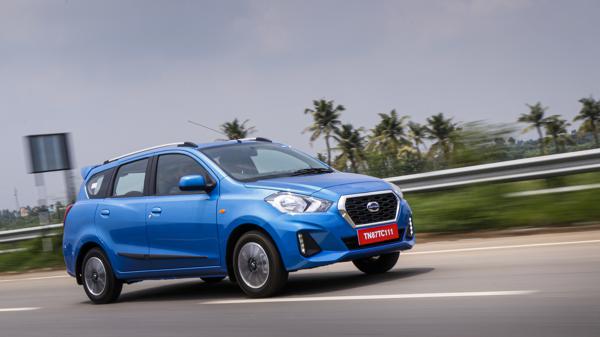 Both the GO and the GO Plus are continued to be powered by the same 1198cc three cylinder petrol motor as the old car. The CVT variant produces identical power output figures of 75bhp and 104 Nm torque as the manual version. Speaking of good things first, the CVT variants of the GO and the GO Plus are a boon for driving within the city, particularly in the stop and go traffic situation. The CVT shifts are pretty smooth as compared to the uneven and expected shifts by an AMT. The suspension set up on both the cars have been designed to handle bad roads with ease without transmitting too much into the cabin. Among the two, the GO naturally feels a better handler particularly due to its smaller dimensions as compared to its seven-seat sibling. 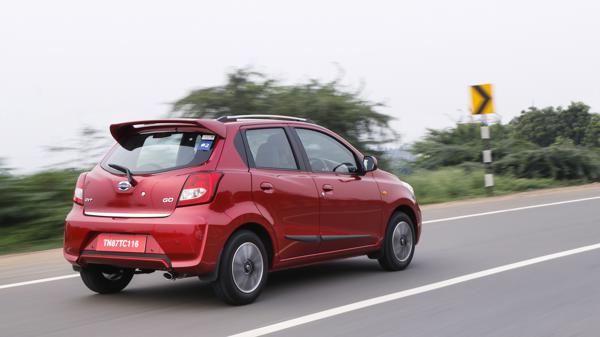 The 1.2-litre engine has no action under the 2000rpm mark and little throttle modulation is required to extract that extra bit of power. The mid-range is where most of the action is, which particularly makes it ideal for city driving. The engine feels strained after the 80kmph mark and maintaining triple-digit figures takes some effort. Moreover, overtaking on the highways needs some planning and the Sport mode provides that blink and miss additional revs. I particularly loved the Low mode, which offers the much-need torque to make that safe overtake. 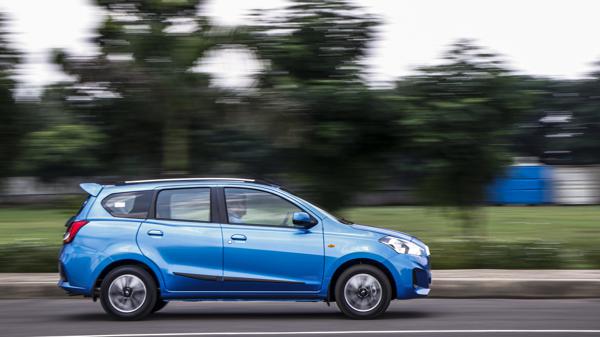 With that said, both the GO and the Go Plus are the perfect drive-to-work everyday cars. With updated safety equipment, these cars will get you where you want to go at an unhurried pace. 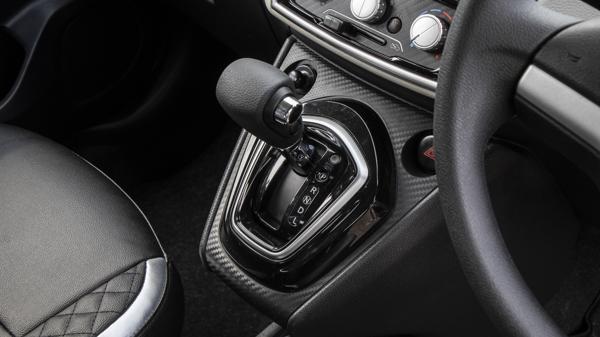 Datsun has done a good job with the updated GO and the GO Plus as compared to its predecessors. The segment-first CVT is definitely a welcome move and it will be an icing on the cake if the company manages to price it competitively at the time of launch. Sadly, the artificial leather upholstery as seen in pictures is not a part of the standard equipment list and the customers will have to pay a premium for the same. The touch and feel have improved marginally over its predecessor and it is on par with most of its competitors. 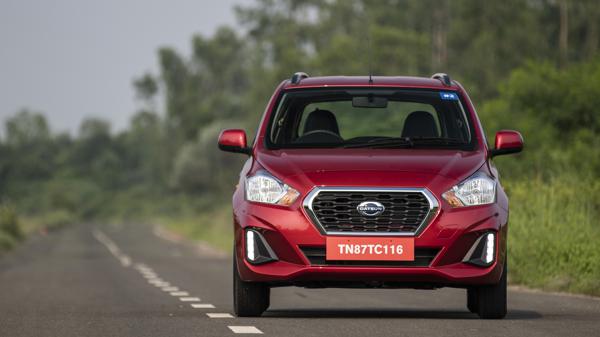 The on-road price of the Datsun GO in Delhi starts at ₹ 4.03 Lakh for the petrol engine. Meanwhile, the top end model (GO T(O) CVT) with petrol engine is priced at ₹ 6.51 Lakh.

Datsun GO T(O) CVT is the highest priced and boast of the most number of features. The Datsun GO T is also loaded with all the required features. You can compare the feature list of GO T(O) CVT and GO T to find the best suited version for you.

The ARAI reported mileage of Datsun GO is 19.02 kmpl.

No. Sunroof is not available in any of the 7 versions of the Datsun GO.

No. Diesel option is not available in any of the 7 versions of the Datsun GO.

Note: Specifications for GO D have been mentioned 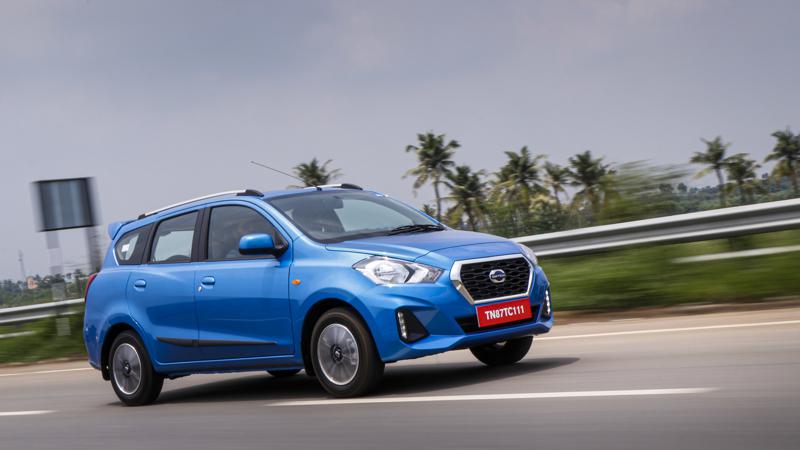 BS6 compliant versions of the Datsun Go hatchback and Go Plus will be launched post the COVID-19 lockdown. There&rsquo;s expected to be no change in prices and they will be offered in seven variants, 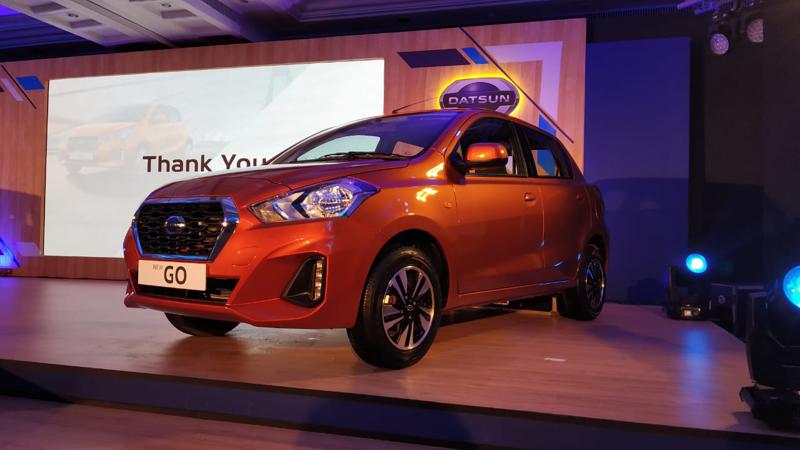 New-Datsun-GO The new and updated Datsun GO and GO Plus has been launched in India for the price of Rs 3.29 and Rs 3.83 respectively. Both cars are available in one single powertrain. The

Datsun offers discount of up to Rs 54,500 in September

Datsun Go Datsun India has announced lucrative offers and exchange benefits across its product line up in September, which includes &ndash; Redigo, Go, and the Go Plus. All the models are

Datsun increases prices of Go and Go Plus by 5 percent

Datsun Go CVT&nbsp; The Datsun Go and Go Plus prices have been hiked by up to five percent with immediate effect. The Go twins were recently updated with Vehicle Dynamic Control (VDC) in the T