Morris Garages India has introduced the Hector facelift in India, with prices starting at Rs 12.90 lakh (ex-showroom, all India). The model is offered in four variants that include Style, Super, Smart, and Sharp. Launched in India in June 2019, this is the first comprehensive update for the Hector SUV.

On the outside, the new MG Hector facelift receives a redesigned front bumper, new grille, new alloy wheels, and a refreshed rear profile.

The interiors of the model are now equipped with features such as ventilated front seats, wireless charging, dual-tone beige and black upholstery, and leather seats. The model also gets Hinglish voice commands, details of which are available here.

Powertrain options on the 2021 MG Hector facelift include the same 1.5-litre petrol motor, 1.5-litre petrol-hybrid motor, and the 2.0-litre diesel motor. A six-speed manual transmission is standard while a DCT and CVT unit is offered exclusively with the petrol mill.

Find a list of all 8 petrol and 5 diesel versions of MG Hector. This table includes on-road price which covers all costs like RTO and Insurance.

This, the new MG Hector, will be priced between Rs 15 to Rs 20 lakhs. Which means, if you are in the market for the Jeep Compass or even the Tata Harrier and the Mahindra XUV500, maybe you’d want to know what this new

This, the new MG Hector, will be priced between Rs 15 to Rs 20 lakhs. Which means, if you are in the market for the Jeep Compass or even the Tata Harrier and the Mahindra XUV500, maybe you’d want to know what this new SUV is all about. 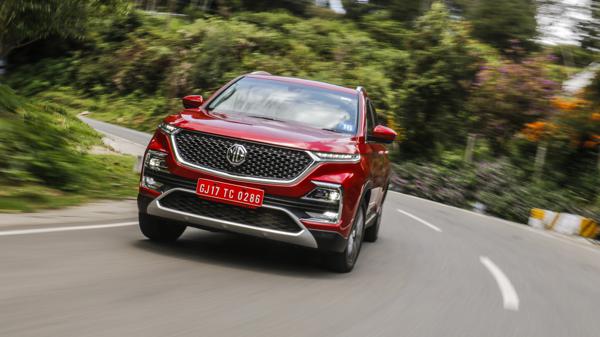 I know I do.
But, before we dig deeper, here are a few facts - the Hector will be launched with three engine options, two petrol and one diesel. While the diesel will come with only a manual box, the petrol non-hybrid version will get the option of an automatic as well. All cars will only be front wheel driven.
There are four trim levels to choose from, and all are well specced. But, we drove the top of the line Sharp trim. And it was surprisingly rich in more ways than one.
Furthermore, the Hector will only come as a five seater for now. And given that it is 75 per cent localised, it’s more Indian than it is British or Chinese, if you ask us.

The Hector is based on the Baojun 530, which is a GM-Wulling platform. And visually, it’s almost identical, down to the alloy wheel design. But, it is an SUV with good street presence. That grille, along with the low set headlamps and the LED eyebrows, lend the Hector a very in-your-face aura. It doesn’t look as good in profile though. It looks like it could do with bigger wheels and possibly more clearance off the ground. The latter currently stands at 198mm. The rear meanwhile reminds one of the Qs, you know of the German variety. It has consistent shut lines, and even the door closing has a positive click to it. The Hector is quite impressive on the inside. The fit and finish, and the look and feel of plastic all round, conveys a hint of richness. And unless you complain about not having soft grain plastic all over the dash top - though it has some over the console - there’s barely anything to crib about here.
To be honest, the Hector is much better on the inside than we had imagined. And very much in line with what its expected pricing is. Additionally, there’s a whole lot of equipment on board too, especially in the top spec trim. 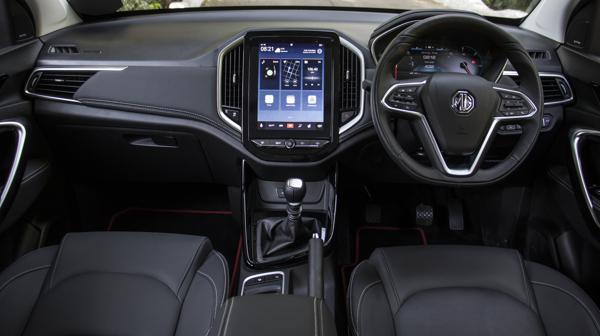 You get electric adjust for the driver’s seat. A multifunctional steering that also adjusts for reach and rake. A cooled glovebox. A front central armrest with storage. Cups and bottle holders for four occupants. A crisp, full colour driver information system which throws up all driving related info. A panoramic sunroof. Single zone climate control with AC vents for the rear passengers. An electric tail gate. Cruise control. Electrically adjustable and foldable outside rear view mirrors. And, of course, Hector’s big party trick - the 10.4 inch touchscreen multimedia system. Now, the multimedia system has its usual functionality, of course. There’s Bluetooth telephoney, apple car play and android auto, and USB and AUX inputs for music. One can also work climate control via the touchscreen system. Plus, a host of vehicle related settings can be accessed through the screen too. The ambient lighting can be tweaked, as is the case with the audio output, as well as door lock and follow me home light settings among others through the multimedia interface.
The system also comes pre-loaded with Gaana app for music with a three year subscription; Accuweather for weather related info; and Tom Tom for navigation. But, it doesn’t end there. You can speak to the car and it will do your bidding. From opening and closing the sunroof to doing the same for the windows, and setting up navigation and making a call, this voice assistant can do it all. The Hector is also very roomy. There’s enough head, elbow and leg room upfront. And even the second row is pretty spacious. There’s plenty of knee room, and even the shoulder room - for three seating abreast - is more than agreeable. What it could do with, however, is a better second row middle seat.
And, we say that because the seats upfront and ones next to the window at the back, are all cushy, comfy, supportive, and very welcoming. What’s more the drivers seat in this top spec Sharp trim is 6-way adjustable. And the ones at the rear can be adjusted for recline, which makes the Hector a good place to spend long hours in.

As we had mentioned earlier, the Hector can be had with three different engine options. Two petrol and one diesel. We have the diesel here. 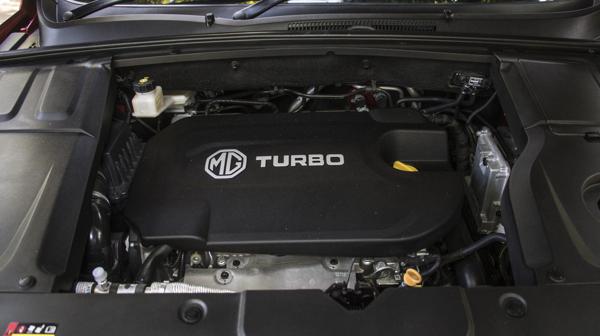 It is the same engine and manual gearbox combo that we experienced on the Jeep Compass and the Tata Harrier. And as is the case with the other two SUVs, it comes alive at around 1500rpm. And it pulls cleanly to around 4,000rpm giving it a wide power band. It has strong mid range grunt too. But, it also has a heavy and springy clutch, which could pose a challenge in stop and go city traffic. The engine is noisy and not the most refined. And the gear shifts are a bit notchy. In terms of driving dynamics, the Hector isn’t the most involving SUV to drive. It has a slow and slightly vague steering. It rolls around a bit under hard cornering. And it isn’t the most planted when it comes to quick direction changes. It also prefers understeering instead of staying natural or tail happy. Now, the Hector’s suspension is set up more for comfort. So, it is a bit soft and a little mushy at the limit. But, the upside to the setup is a plush and comfy ride, especially over mildly broken roads and road joints. What’s more, it doesn’t float around over undulating roads even at speed. But yes, go over a sharp edged bump and things get both noisy and thumpy. The Hector is a surprisingly well rounded product. And its USPs centre around quality, comfort and, of course, a long features list. Even in terms of safety - it gets 6 airbags, ABS, stability program, a hill hold function, and cornering lights. 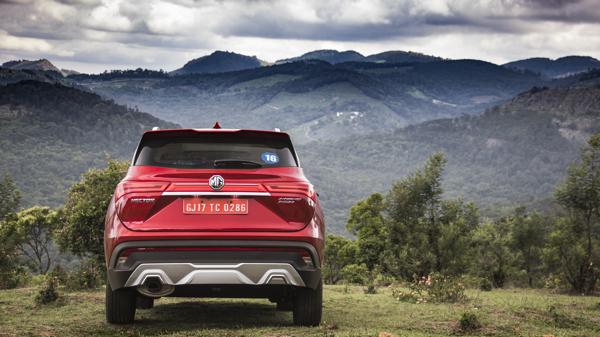 Yes, it’s not the most involving SUV to drive. But it’s not a deal breaker by any count. However, as MG’s first product, the Hector can’t just be well or competitively priced in India, not when it is launching a relatively new car brand in the country. It has to come across as a fantastic deal for the consumer, even if it is for an introductory period. So, yes, Rs 15-20 lakhs on the road will be fantastic! But, imagine an even lower pricing, and what a lovely deal that would make the Hector...

MG Hector is a 5 seater car with 5 doors.

No. 4x4 drive option is not available in any of the 16 versions of the MG Hector. 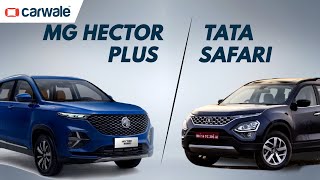 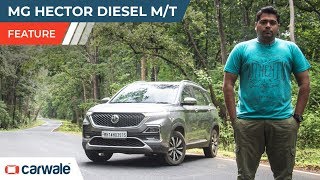 The service includes free consultation with highly qualified doctors for customers themselves or for their family members. MG Hector Shine variant to be launched in India tomorrow

The MG Hector Shine variant will be offered with a single pane sunroof and a 360-degree camera. More details will be revealed at the launch on 12 August, 2021.

MG Motor India to shut its plant for one week

MG Hector MG Motor India will shut down its plant located in Halol, Gujarat for one week, from 29 April to 5 May, 2021. The development was confirmed by Rajeev Chaba, the brand&rsquo;s President