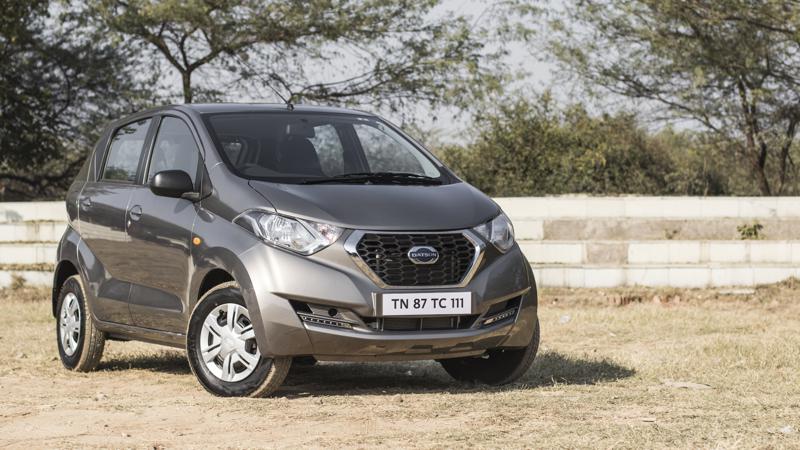 Many Indian car buyers have shifted their buying preference to automatic cars. It doesn’t come as a surprise then that the manufacturers are adding automatic cars to their line-up. Now, Datsun has also brought in an automatic version of their quirkiest car - the Redi-GO. It will soon go up on sale powered by the 1.0-litre petrol mill mated to an AMT gearbox. Well, the demand for automatics gained momentum mainly because of the ease of driving them. There's neither a clutch nor the constant need to shift gears. This particular version of the Redi-GO also promises to provide the same. We find out how well it manages to do just that. 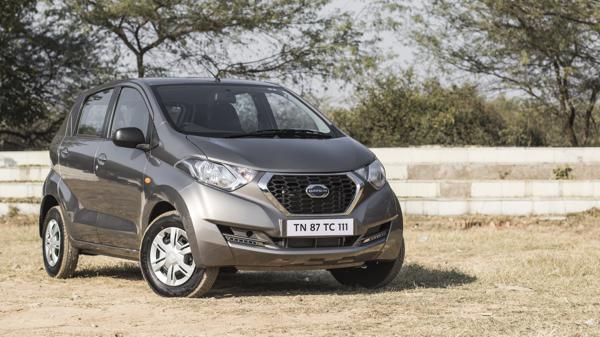 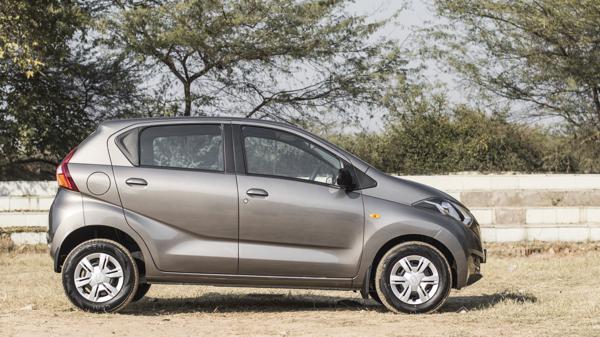 The exterior appearance of this AMT trim is exactly the same as the regular Redi-GO 1.0. And no, there's not even an AMT badge to differentiate it. Even so, the attractive tallboy design with muscular wheel arches continue to impress. The funky looks paired with bright body colours is bound to catch ones attention unlike any other hatchback. The DRLs in the front, restrained use of chrome and curvy lines all over add charm to this modern-day avatar of a tallboy hatchback. 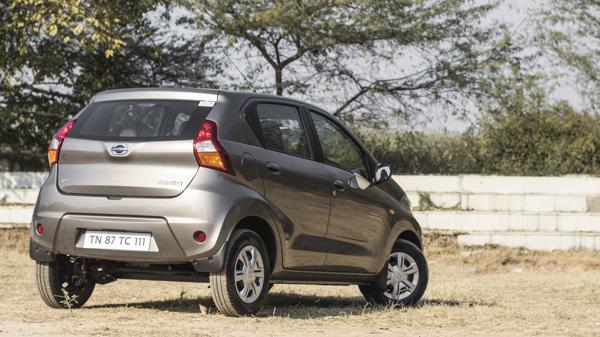 This trim is quite similar to its manual sibling apart from a conventional AMT gear lever. It doesn’t get the rotary dial system like the one seen in the Renault Kwid. The tallboy design of the car makes it easy to get into the cabin. The visibility is good too.

Unfortunately, there is still no seat height-adjustment or steering-adjust option. Tall drivers will still have a tough time finding a comfortable position on the seat. But for most others, it’s a good and roomy cabin to be in with most controls within the driver's reach.The seats are thin, yet soft and comfortable with adequate back support. 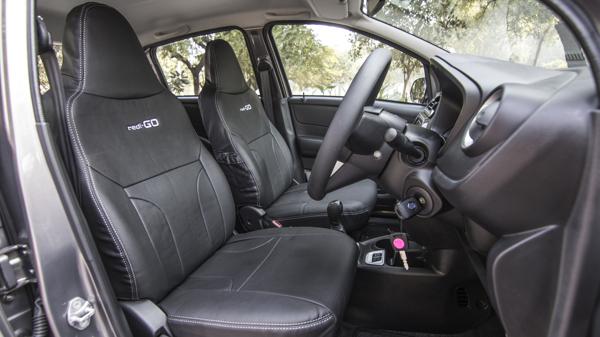 The seat base is wide, but not long, thus limiting thigh support. At the back, two occupants can sit comfortably with sufficient legroom and headroom. However, a third person could make things a little cramped. 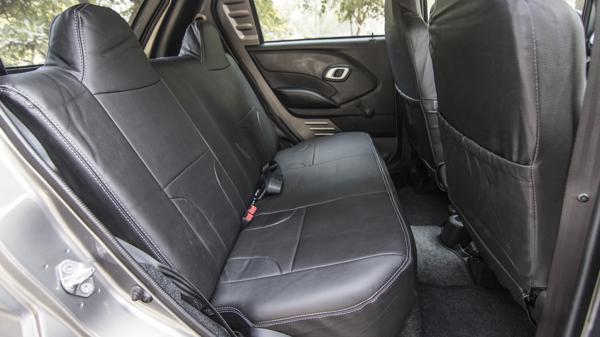 On the features front too, there aren't many changes and this AMT version continues to come with existing offerings. This includes an all-black interior that looks so much better than the grey dash seen earlier. That said, plastic quality still falls short of expectations. On the other hand, the AC vents and the steering wheel come with a silver finish with a view to jazz things up. Furthermore, there are leather seat covers with contrast stitching to add to the appeal. The Redi-GO's regular 2Din player with USB support can also charge your phone now. 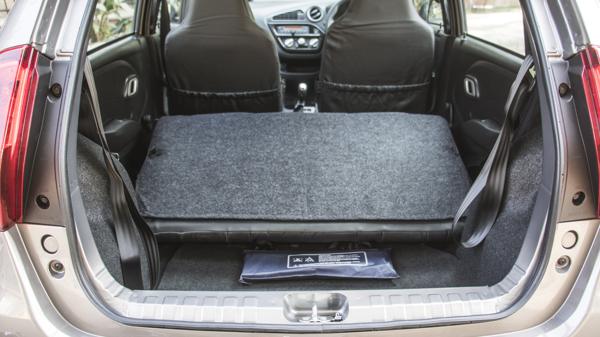 AUX-In was present earlier, but now Bluetooth has been added. There's no ABS, but thankfully the top-end version that we were driving gets a driver side airbag as an option. The front section gets some storage and stowage options, but only two bottle holders. There are none at the back and the rear occupants will have to rely on the seatback pockets. The 222 litre boot space seems average, but it can still hold two big and two small bags at a time.

This Redi-GO 1.0-litre AMT continues to be powered by the same 999cc three-cylinder petrol mill from the manual trim. So the power output of 67bhp and 91Nm of torque remains the same. However, the five-speed AMT gearbox in this one uses hydraulic actuators and sensors, thus eliminating your efforts in clutching or shifting gears. The engine characteristics aren't any different as it still starts with a judder and settles into a quiet tone. Sure, at high revs it doesn't really sound great, but it still revs quickly and feels refined.

Let's get straight to the AMT gearbox then. As soon as we left the dealership to hit the congested and chaotic roads of Delhi, its typical AMT nature became evident. The gearshifts aren't as smooth as the ones on conventional automatics, but Datsun has done a good job in containing the shift shock. You will observe the lag in gear shifts only if you step on the gas abruptly. Otherwise, the linear throttle response helps in upshifting without a fuss and makes driving enjoyable. Thankfully, it also gets the 'Creep' function like the Nano, Dzire, Duster, etc. It is a relief, especially in traffic, to let the car creep ahead with the release of the brake pedal. It should also help new drivers to start off jerk-free and without letting the car roll backwards on an up-slope. Another advantage, as against the rotary gear knob in the Kwid AMT, is that it gets the option of changing gears manually. There's a manual override to provide a better control with engine braking especially while coming down a hill. It also helps while planning a quick overtake. 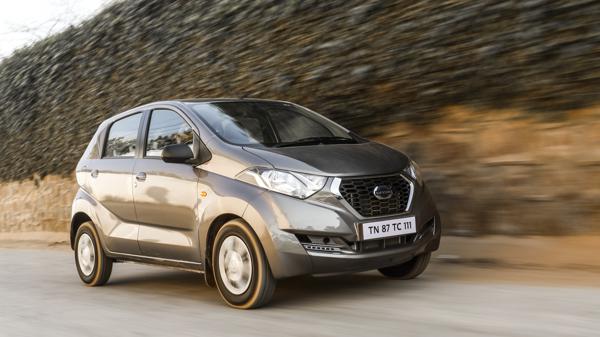 The low speed ride still continues to impress and by correctly modulating the pedal, one can easily cruise around the city. The car's 185mm ground clearance is good enough to clear everything that comes its way. We went over many undulations, potholes and rough tarmac without worrying. Never did we hear any jolt within the cabin or the suspension bottom out, thanks to the long suspension travel and high profile tyres. The soft set-up made the ride a little bouncy but didn't put us off. However, it is the corners where the narrow tyres and tall height make you feel that things might go awry. A lack of grip and body roll also come into the picture. So even if the car has a quick turn-in and the steering is light, it doesn't inspire confidence in you to go fast around a set of twisties. The brakes lock up under hard braking, pointing to the absence of ABS too. But then, all this is predictable even if the car lacks the surefootedness at high speeds.

You might not like this AMT version if you are used to conventional automatic cars that provide seamless gearshifts. On the other hand, it isn’t that bad either as the gearshifts aren't very jerky. It's fun to drive within the city with good visibility, a light steering, energetic engine and a good low speed ride. The biggest advantage is that it will surely make life easier in stop-n-go (choc-a-bloc) traffic. If Datsun keeps the on-road price down to less than Rs 5 lakhs, the Redi-GO AMT will undercut its two closest competitors, the Renault Kwid 1.0 RXT AMT Opt and the Maruti Suzuki Alto K10 Vxi AMT, which also cost just about Rs 5 lakhs. So remember, the Redi-GO 1.0 AMT looks promising as it has a compact footprint, is easier to use in heavy traffic, should give a good fuel efficiency and should also be less expensive to purchase when launched. However, if you are looking for a feature-packed vehicle including more safety features, better build quality, then look elsewhere, possibly with a higher budget in mind. 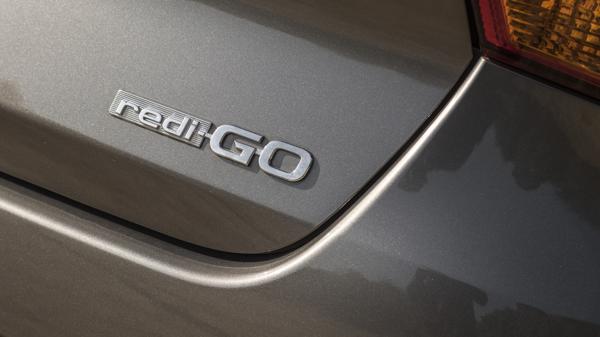