Renault Duster is a game-changer for the French automaker in the Indian market. Ample space, good built quality, and rugged off road prowess has made it a popular name in its segment. The SUV is available in three variants – RXE, RXS, and RXZ, and seven colour options – Caspian Blue, Mahogany Brown, Cayenne Orange, Moonlight Silver, Slate Grey, Outback Bronze, and Pearl White.

In terms of dimensions, the Renault Duster has a length of 4,360mm, width of 1,822mm, height of 1,695mm, and wheelbase of 2,673mm. The SUV has a boot space of 475-litres. The vehicle gets typical SUV styling elements in the form of squared-off projector headlamps with DRLs, a wide grille with chrome detailing, and a ground clearance of 205mm. The SUV rides on the 17-inch Forza diamond-cut alloy wheels. The kayak roof rails, body-coloured ORVMs, matte black tailgate embellisher, and the waterfall LED tail lamps further accentuate its dynamic stance. The turbo petrol version gets crimson red accents on the chrome grille, tailgate, roof rails, and fog lamp cover. The bold look is further accentuated with the dual-tone body colour front bumper.

As for the interior, the vehicle is equipped with a new trim for seats along with an updated MEDIANAV infotainment system. The Turbo variant trim features a soft-touch dashboard along with a dual-tone centre fascia. The vehicle gets Midnight Black interior with premium blue glazed highlights that complement the ice blue graphic instrument cluster with a multi-information display. The vehicle also offers a seven-inch MediaNav evolution touchscreen infotainment system with Apple CarPlay, Android Auto, voice recognition, and EcoGuide.

Find a list of all 7 petrol versions of Renault Duster. This table includes on-road price which covers all costs like RTO and Insurance.

The Renault Duster has been a familiar face in the Indian SUV market for a long time. Now, it's got its most significant mechanical upgrade; a turbo-petrol engine. So how is it? Nestling under the hood of our Renault Duster here is the new 154bhp/254Nm 1.3-litre four-cylinder turbocharged petrol motor with a six-speed manual gearbox. It’s also offered with a seven-speed CVT gearbox. While this mill is developed by the Renault-Nissan-Mitsubishi Alliance in partnership with Daimler, it powers some of the cheaper Mercedes models, and can also be seen in the Nissan Kicks. There aren’t any diesels for the time being at least. Admittedly, there’s some nostalgia involved in shoving/twisting the key to crank the motor. And I have the new-age features to blame entirely for spoiling us with the button start option. But once alive, this petrol mill gives away a rather throaty note. Now, my first impression of shifting into first gear and rolling off the mark isn’t something I’d write home about, mainly because of the notchy gear lever action and the long throws to perform the gearshifts. But other than that, there’s ample low-end grunt to keep the Duster swaying beyond the 1,500rpm mark, which essentially takes care of most city crawling expectations. And once past that rpm, the turbo starts singing intensely as a surprisingly linear surge of power thrusts you ahead, prospectively until the 5,500rpm rev-limit. The short gear ratios make optimum use of the engine’s power band, allowing one to quickly work their way to the higher gears. Plus, quick overtakes can be actioned effortlessly, simply by either flexing some right foot muscle or if need be, downshifting a gear. As such, not only does it hit highway velocities rapidly, cruising at speeds of 100kmph in sixth gear is executed in just under the 2,000rpm mark. One of the undisputed strengths of the Duster lies in its effective ride and handling combo. It continues to offer a planted and flat ride, thanks to the sturdy chassis and prudent suspension setup swallowing most of what our roads can throw at it. The robustness displayed ups one’s confidence tremendously; a trait very few ‘cars’ can truly offer. Sure there is an underlying stiffness to the ride which is more prominent at slower speeds, but overall, the only let-down is the mild buzz on the steering wheel when you drive over any irregularities. The hydraulic power steering may be slow (3.75 turns from lock-lock) and heavy at slow speeds. But for those who love driving, it weighs up terrifically as speeds rise, and there’s enormous feedback coming in from the front wheels which allow you to flawlessly hold your line when zipping past those bends. Nevertheless, holding the steering firmly is recommended as it can surprise you with a strong kickback if the wheels catch an irregularity mid-corner. For the record, the top-end RXZ trim we have here gets climate control, an Apple CarPlay/Android Auto compatible infotainment system with a 6.9-inch touchscreen, a reverse camera, height-adjustable driver’s seat, start-stop technology, cruise control, audio switches on the steering column, and two 12V sockets at both ends of the cabin. Despite these being the bare-basic expectations in its class, the Duster just about meets it. Likewise, the dated cabin design seems lacklustre, plus the quality of plastic all across is of a tough/hard-wearing kind; one that’ll last the test of time. But it looks sincerely inferior to what rivals have to offer. Especially in terms of fit and finish. Sadly, the touchscreen system, too, is identical to what’s in the Kwid and Triber, which simply put, is unacceptable. I mean a hand-me-down from a top-end model works fine, but not the other way. Furthermore, ergonomics are unfavourable like, the driver’s seat height can only be adjusted by one step, there aren’t any rear door-pad pockets, the front power window controls are oddly placed, and the driver armrest severely restricts access when lowered. Just when I thought this road wouldn’t end, thankfully, the Duster crawls back into the game with thorough visibility via the large glass panes, brilliant headroom all over, and the wide rear bench. The front seats themselves are comfortable owing to the great overall support and well-padded cushioning. As regards the 475-litre boot, the tall ground clearance allows for easy access to the enclosure, and the boot space itself swells substantially with the rear bench folded down. If you like the ‘done and dusted’ appeal, the Duster is for you! Well, jokes apart, this Renault’s design language still makes it stand out. Take, for instance, the edgy silhouette with the rugged appeal that’s mostly due to the massively flared wheel-wells with massive rubber, or the fact that it-means-business as a result of the large contemporary fascia with a tall stance. While everything else in the segment tries to look rugged, the Duster can easily go down the beaten track like a pro, and still look handsome while at it. The new petrol engine couldn’t have come into the Duster’s life at a better time. Yes, we agree that the ergonomics, fit and finish in some areas, the cabin design, and refinement can put you off. But for most of the part, it’s as robust as the ‘Hulk’, looks fairly handsome, is dynamically proven, and is the compact SUV to own if driving means the world to you. Moreover, with a price tag that ranges from Rs 13.20 to Rs 16.68 lakh (OTR Mumbai), it is priced substantially lower than its segment mates. Need we really say any more here?

The on-road price of the Renault Duster in Delhi starts at ₹ 9.85 Lakh for the petrol engine. Meanwhile, the top end model (Duster RXZ 1.3 Turbo Petrol CVT) with petrol engine is priced at ₹ 14.25 Lakh.

Renault Duster is a 5 seater car with 5 doors.

No. Sunroof is not available in any of the 7 versions of the Renault Duster.

No. 4x4 drive option is not available in any of the 7 versions of the Renault Duster.

Renault Duster top version is RXZ 1.3 Turbo Petrol CVT. It is priced at 14.25 Lakh in Delhi.

Note: Specifications for Duster RXS 1.5 Petrol MT have been mentioned 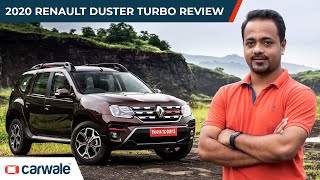 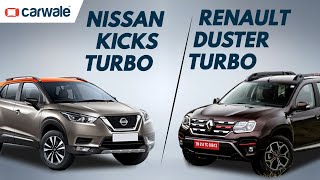 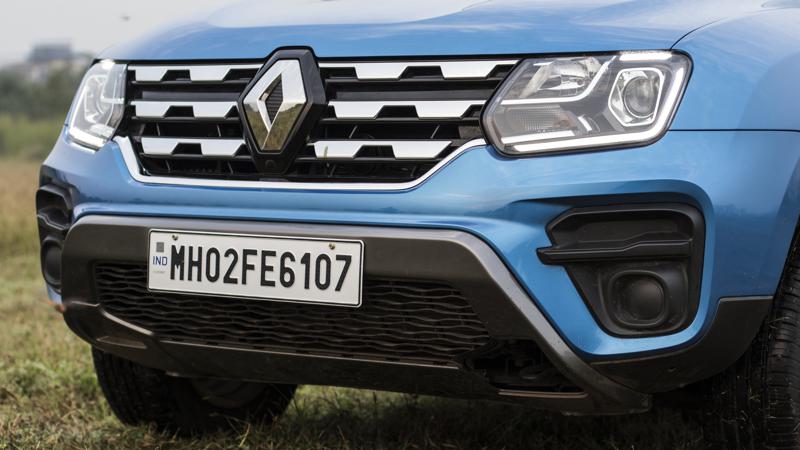 Renault Duster&nbsp; Renault has announced that it opened over 120 new sales and service touchpoints in the country in the last calendar year. Out of these, more than 40 touchpoints were 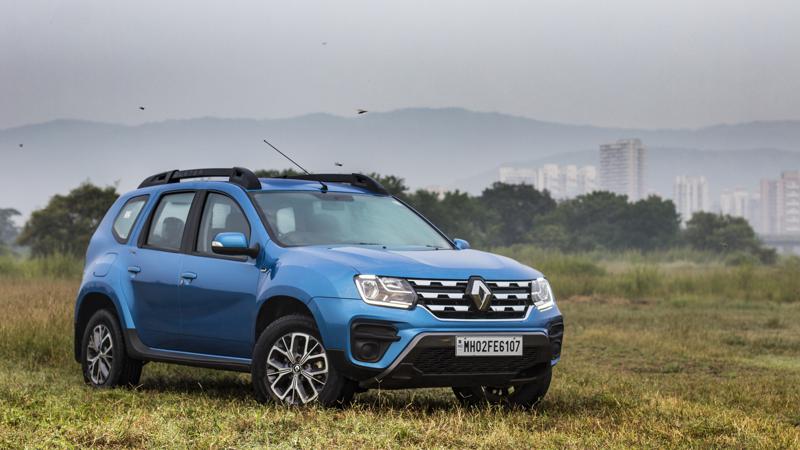 Renault Duster Renault India has announced an exclusive scheme for differently-abled and specially-abled members of the society. Under this scheme, the car maker will be offering a concessional 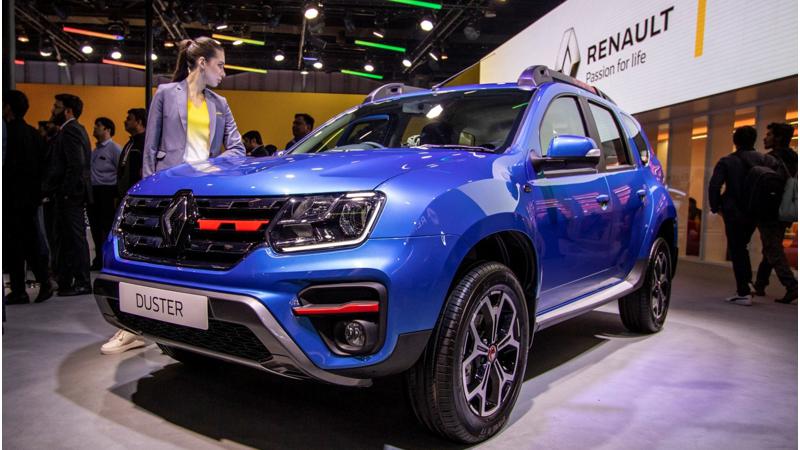 Renault Duster Turbo - Everything you need to know

Is the Dacia Bigster the next generation Duster with three rows

Recently Dacia took the wraps off its Bigster concept car and it&rsquo;s a preview for what is expected to be the next generation Duster but this time around in a possible three-row configuration.

Renault Duster Renault has launched a country-wide &lsquo;Winter Service Camp&rsquo; at all its service facilities from 23 November - 29 November, 2020. Under this initiative, the car