Competition might put car manufacturers against each other but as the famous proverb truly goes, ‘In the fight of two, the third benefits” and happily that third dimension to this case are the Indian consumers. There was a time when small cars were a rage and then came in the clash of SUVs. Presently, there is a new fight brewing amongst the popular makers and it’s for the title of the bets crossover maker. Crossovers are basically a hybrid mix of two of types of segments in one car. In this case, it is hatchback and SUV blended into once with a ruffed design and convenience of a hatch. Volkswagen sells the Cross Polo while Hyundai is active with the i20 Active in the same segment. Both cars have strong numbers and taller claims. So which one makes the best sense for you?

The most understated and sophisticated Polo is the base car for the Cross Polo. Volkswagen hasn’t really transformed the car into a different as the mere claddings and minor details do not help the Cross Polo to appear any different from standard. It is only when the lower half of the Cross Polo gets attention, the difference in design stands out with the mate cladding and reduced slats on the radiator grille. The lower part of the bumper also gets a metallic finished bash plate to complement the dark claddings. 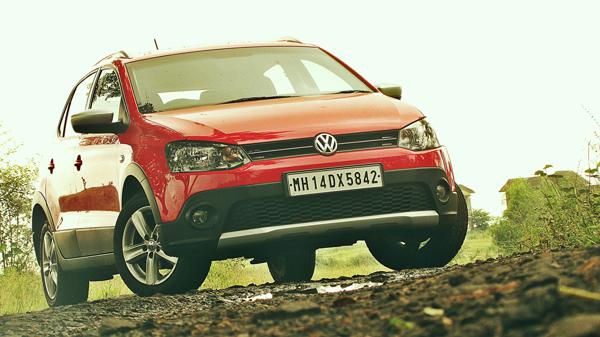 The i20 Active is based on the Elite, which also happens to be one of the best looking cars in the segment. This also gives brawny points to Active as the exterior design of the Elite is accepted by a wide range of audience. Interestingly, the Active gets more features such as LED strips, projector headlights and also an inverse radiator grille. Unlike the Cross Polo, it gets a distinctly styled alloy wheels with contrasting roof rails.

Inside the Cross Polo, you will hardly notice any difference. The Polo, which chooses to offer understated and uber sophisticated trims manages to shy away young and snazzy looking young customers. The same bunch who can go head over heels for the i20 Active as the Korean crossover boasts of impressive features which are otherwise seen on the top of the line Elite. The on board 1GB memory is a huge bonus. To make it look young, it is offered in Tangerine Orange and Aqua Blue interiors which are neatly finished. 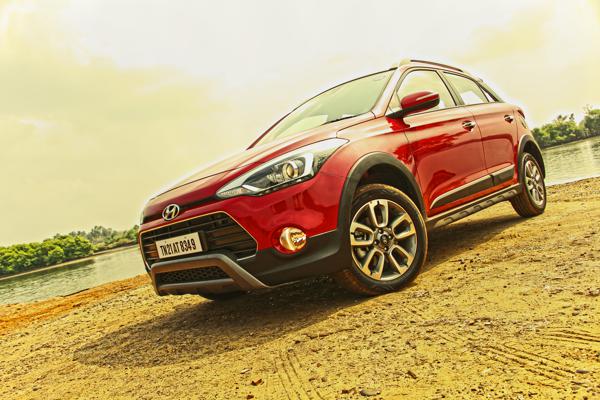