Renault entered India with premium offerings such as Koleos and Fluence but the main reason for its popularity was Duster, a compact SUV which started the segment on a serious note ignoring Premier’s half hearted attempt of making the Rio. Duster’s impressive sales figures compelled the Indian audience to take the French car maker as a popular option among others. Under the joint alliance shared between Renault and Nissan, it was agreed that majority of their platforms will be shared between these two car makers and accordingly the Terrano was launched. To make sure these two products don’t cannibalise each other, the Terrano was offered at a premium price with added features and options over the Duster making it an aspirational compact SUV.

Renault Duster chooses look more functional than aesthetically thought. It’s rugged and raw nature act as an instant attraction for someone choosing this vehicle. Renault launched the Duster AWD not so long ago which also got modern addition in the form of smoked out headlamps, new skid plates and AWD stickers all over the car. Even the alloy wheels got a new shade of dark and were called Anthracite alloys.

Duster’s more expensive brother, the Terrano seeks inspiration from Nissan’s premium Pathfinder as the front face of this compact SUV is similarly styled. Agreeably, the Terrano does manage to look unique and premium. It also scores more points in being a strong alternate to the city centric Ecosport SUV.  Inside both these cars, the trims and interiors are very similar. Both cars have similar flaws too. 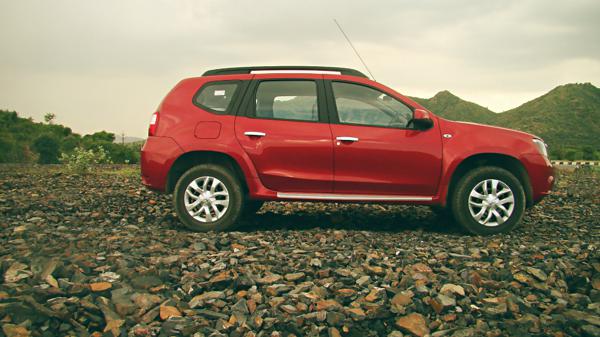 The steering wheel lacks proper grip and comes in tilt adjustment feature only. The only way to solve this is to offer proper support to the steering wheel else it gets too slippery during sudden manoeuvres. Adding to the rear passenger woes is the centrally mounted AC unit which keeps brushing with the knees of taller occupants.

Both these compact SUVs are offered in petrol and diesel engines. The 1.6-petrol engine makes 104 PS of power at 5850 rpm and generates a torque of 145Nm at 3750 rpm. The 1.5 L diesel engines are offered in 110PS and 85PS variants. Both the vehicles have an impressive suspension setup and ride quality which is more inclined towards softer feedback. 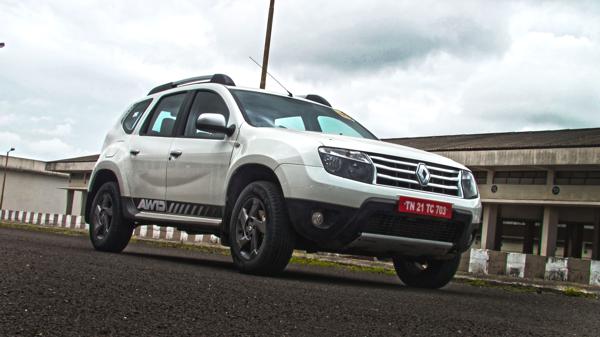