The only way to take the whole family with you on a long trip is choosing an MPV over any other body type of cars. They are large, comfortable, reliable and are hugely practical with their smart stowage options. The King of the MPVs, Toyota Innova, has been ruling the segment with great confidence. Furthermore, many car makers have tried making a large family car and some even priced it way lesser than the Innova but all of them failed miserably. 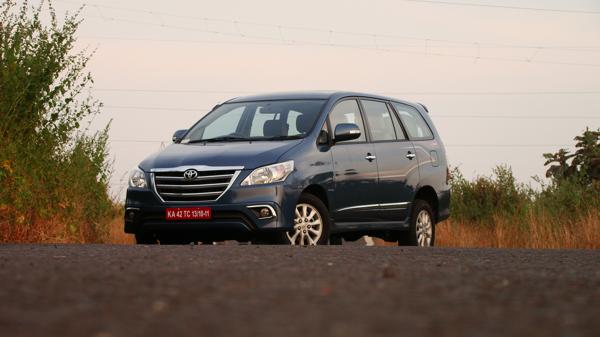 Toyota Innova attracts many on the basis of comfort which is second to none, reliability which everyone vouches for and then comes the brand loyalty of Toyota choosers. But then shelling out close to Rs 20 lakhs for a car which is so old doesn’t sound completely justified. This takes us to our next contender in the family car space, the Renault Lodgy. Having no experience in India but then claiming to be the pioneers in the MPV class in the world, Renault has a lot to offer.

Renault wanted to focus more on the inside than making it over appealing in terms of design. However, the design is subtle as the designers have tried extremely hard to reduce its boxy appearance and make way for smother lines on the outside. The Lodgy will indeed appeal to some while the rest might accept its design at the very first go. The front bumper gradually flows out from the headlight giving it a car like design. It also gets a two tone finish with the lower portion finished in matte also forming an air splitter and fog lamps housing. The chrome touch given all over looks decent.

The Toyota Innova has plying on Indian roads for more than a decade but even then the company hasn’t changed anything drastically. The external shape has been retained. It is only the minor things like grille, headlights and the rear lines which have been redesigned from time to time to make sure that vehicles look fresh. It people had to buy a car on the basis of its design, the Innova would need severe convincing methods to lure anyone and everyone.

Inside the Renault Lodgy, space allocation has been done very neatly and Renault has tried hard to make sure the creative space usage makes the cabin feel roomy than other compact MPVs like the Maruti Suzuki Ertiga and Honda Mobilio and to some extent they have succeeded. The nicely stitched leather seats feel comfortable. All three row seats get leather as standard for the top spec variant. The under thigh support too is decent for first and second rows while the third bench type seat just fulfils the basic need.

Present day Toyota Innova retains its mechanical bits from the last upgrade as it gets a 2.5L turbocharged diesel engine which produces a power of 102PS at 3600 rpm and a torque of 200Nm at 1200 – 3600 rpm. The engine is equipped with a 5 speed manual transmission. There is no news of an automatic as yet but it is expected in the new generation 2016 model. The Renault Lodgy makes use of Duster’s engine and powertrain along with sharing the same transmission unit which is tuned properly for the MPV style of driving.  The 85PS engine makes a torque output of 200Nm followed by the more powerful 110PS engine which makes greater torque of 245Nm at lesser rpm. The 110PS engine is available in a manual 6-speed transmission while the 85PS will come fitted with a 5-speed manual transmission. 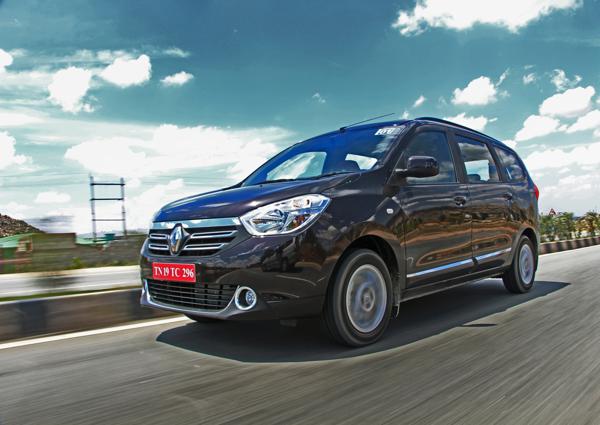 The verdict is based on consumer’s choice as both the MPVs cannot replace each other in their own markets. If you want a larger vehicle with more comfort and a reliable support, the Toyota Innova is a proven soldier. If you do not wish to spend as much and get a more convenient family tourer, the Renault Lodgy shall do the job.