The Hyundai i20 is now in its third generation in India. The premium hatchback is available across three engine and gearbox options as well as eight colours.

Exterior design highlights of the cars include a sharply raked front, LED headlights, extended lip spoiler, 16-inch diamond cut alloy wheels, Z-shaped tail lights and at the rear is this diffuser like element which is also finished in gloss black.

The i20 has grown by 10mm as compared to the Elite i20 in overall length (now standing in at 3995mm) and so has the wheelbase which now stands in at 2580mm. However, the biggest growth is the legroom and shoulder room which have gone up to 938mm and 1390mm, an increase of 88mm and 400mm respectively. Boot space too is up by a huge 26 litres with a total capacity of 311 litres.

The Elite i20 was known for its well designed and spacious interiors and massive feature list. The new i20 further cements the fact that Hyundai knows how to make great interiors. Step in and you are welcomed by this sleek looking dash and you have this vent design running across the dash.

The new i20 is loaded to the gills when you talk features.  You get an electric sunroof, digital cluster with MID, wireless phone charging with cooling, air purifier, cooled glovebox and voice activated Blue Link. The party piece literally however is this 10.25-inch infotainment system that gets multiple connectivity options and is linked to a superb seven-speaker Bose system. On the safety front you get six airbags, vehicle stability management, ESC and hill assist control.

The Hyundai i20 is rival for the likes of the Maruti Suzuki Baleno, Honda Jazz, Tata Altroz and the Toyota Glanza.

This generation of the i20 gets three engines and a multitude of gearbox options to choose from. The standard option is a 1.2-litre petrol which can be had with a five-speed manual and in this combination produce 82bhp/114Nm while if you get it with the CVT, the engine produces 88bhp/114Nm. You can also have it with Hyundai’s 1.0-litre TGDi engine that produces 118bhp/172Nm and can be had with either a six-speed iMT or a seven-speed DCT. On the oil-burner front, you get the 1.5-litre four-cylinder diesel producing 99bhp and 240Nm. This engine is offered only with a six-speed manual.

Find a list of all 19 petrol and 5 diesel versions of Hyundai i20. This table includes on-road price which covers all costs like RTO and Insurance.

Hyundai i20 Price in Popular Cities With the N Line, Hyundai wants to satiate the needs of customers who want something a tad sportier.

The Hyundai i20 debuted with three engine options - 1.2-litre petrol, 1.5-litre diesel, and the brilliant 1.0-litre turbo petrol. Now, the N Line only gets the 1.0-litre turbo engine with exactly the same specs. So, you have 118bhp and 172 Nm of torque and two gearbox options to play with, a six-speed iMT and a seven-speed DCT. Now, we have driven the 1.0-litre turbo variant extensively and can vouch for its performance. The acceleration is strong and thanks to the brilliant mid-range, it’s got fantastic tractability too. Making things more exciting in the N Line variant is the throatier exhaust note and more importantly the addition of paddle shifters that come with the DCT gearbox. This was sorely lacking and it’s great that Hyundai has added it here since it definitely enhances the driving experience. What would have made things more exciting for the N Line variants is a proper manual gearbox instead of the iMT. Also available now is a disc set-up at the rear which does add to the overall braking performance but we still wish it had a better initial bite. Hyundai had got everyone excited the moment they announced the introduction of their N Line in India. Now, us enthusiasts, we were already having wet dreams about a near 200bhp hot-hatch with electronic trickery that would surpass the joys that were once given by the now-extinct Punto Abarth and the very expensive but awesome Polo GTi. The unveil, however, left us a little disappointed. The engine specs remained unchanged from the standard i20 turbo but Hyundai did manage to sprinkle a little chaat masala to spice things up. But the question is, does it have enough to warrant the higher price tag? Or does it just make sense to buy the standard i20 Turbo which is cheaper and has the same engine specs? Coming to the ride and handling, compared to the last-gen i20, Hyundai has done a stellar job with the new car. The N Line gets some further rework with a sportier set-up on the suspension. While it hasn’t made the car stiffer, it does feel a lot more planted in the corners. Its rolls are lesser too, which means quick direction changes are dismissed easily. Hyundai has worked on the steering too by adding a little weight which has resulted in a much better on-steering feel. Overall, the minute changes in the N Line do provide a sportier driving experience. However, we can’t help wonder if Hyundai could have just done a little more by bumping up the power figures a bit with an ECU remap and perhaps made the car sit a little lower, which would have added to the sporty experience a whole lot more. The standard i20 Turbo is a very sporty looking hatchback. So, starting at the front, you get WRC-inspired sporty highlights in the form of the chequered flag-inspired front grille. This front lip spoiler is on the standard car as well, but the N Line gets the red/grey highlights. On the sides, you get the new alloy wheels. No change in size, they’re still 16-inch but with a new design, which we found to be too busy. Apart from that, the highlights on the front lip spoiler make their way onto the side skirts as well. The front callipers also get the N Line treatment. Moving on to the rear, the standard i20’s design was a bit polarising. But, the N Line Hyundai has fixed that a little. To add better proportions, you now get this new spoiler that extends down to the windscreen. And finally, the part we love the most, the off-set chrome dual exhaust tips which don’t just look the part but give the car a throatier exhaust note too. We think Hyundai has done a fair job to spice up the i20 Line. Moving to the inside, the all-black plasticky cabin remains the same but now get sportier touches. First up is this new bespoke three-spoke steering wheel with the N Line logo. The N branded leather gear knob is all-new too. The N logo makes its way onto the leatherette seats as well, which look and feel good. Additionally, you get N Line carpets and sporty metal pedals too. The red highlights that we see on the outside make it to the insides as well along with red ambient lighting. In terms of features, the i20 N Line carries over all the equipment from the standard i20. It comes equipped with a 10.25-inch touchscreen infotainment system with Apple CarPlay and Android Auto, a digital instrument cluster, wireless phone charging, cruise control, automatic climate control, a single-pane sunroof, seven-speaker Bose sound system, and much more. The Hyundai i20 was already an excellent premium hatchback offering stylish looks, space, plenty of features, and brilliant performance. With the N Line, Hyundai wants to satiate the needs of customers who want something a tad sportier. Price-wise, this N8 DCT variant is about Rs 35,000 more than the similarly specced Asta DCT option and you can add Rs 15,000 more for a dual-colour option, which makes it a good value considering the changes on offer. But, as we mentioned before, the N Line raised a lot of expectations from the enthusiasts and we still think this was a good opportunity to make the i20 the hot-hatch that we enthusiasts have been yearning for. But I guess we’ll have to wait a little longer for that.

User Reviews for i20

View All i20 User ReviewsWrite Review

Yes. Sunroof is available in 6 i20 versions.

Yes. There are 5 i20 versions with diesel option.

Quick Facts about Hyundai i20

Similar Cars To Hyundai i20

Note: Specifications for i20 Magna 1.2 MT have been mentioned 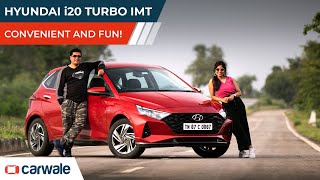 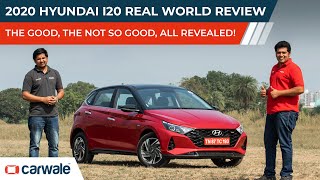 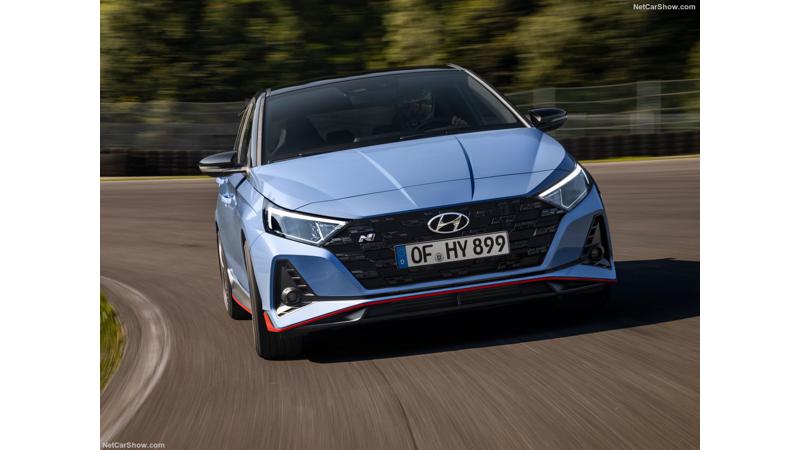 Hyundai i20 N Hyundai will launch a sportier version of the i20 for the Indian market. To be launched in 2021, the i20 N will be a proper hot hatchback from the South Korean carmaker. There is

Hyundai i20 Hyundai&nbsp;has reported that it registered a total cumulative sales of 64,621 units in March 2021. Out of the total sales, Hyundai sold 52,600 units in the domestic market while