Tata Nano: The Answer to the Recession

Tata Nano seems to be taking forever to come out in the market. It was expected to hit the Indian auto market by October this year. But thanks to the protests in Singur, the country and thousands of customers are now waiting for the car to roll out early next year.

The one-lakh car seems to be the answer for the recession as it fits the bill for the customers as well as the company. Car buyers have stayed away from the market since past few months and the car companies have experienced continuous decline in their sales. Tata Motors is no exception to the fact either. Tata Motors is banking upon its new car to capture larger Indian car market share. The new Tata Nano is expected to expand the Indian car market by 65 percent. 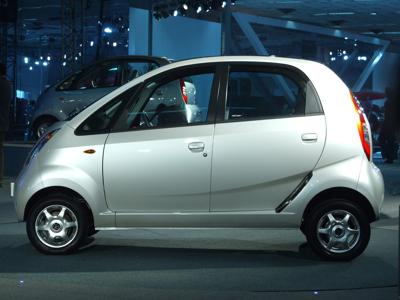 The car is finally expected to go on sale in March which would lend a boost in sales to the company. The company is expected to go into full production by the end of the year which means it will be able to generate considerable revenues for the company. Tata Motors is already seeking cash and credit support to refinance its $3 billion Land Rover and Jaguar deal. Its deal with Fiat will help the company to capture overseas market as well as Fiat is in a pole position to help Tata start in other markets as well. China, South America and Africa are the first likely markets to commence production.

Tata Nano remains the dream car for thousands of car buyers who have dreamt of owning a car but the ongoing credit crisis has made the dream a distant one. Tata Nano may be able to make that dream come true for most of these people as well.