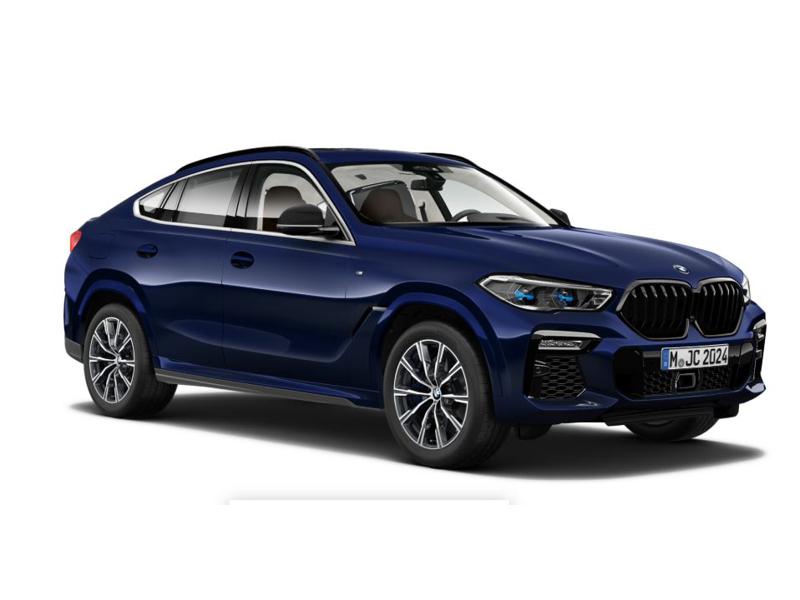 The new-gen BMW X6 is launched in India at Rs 95 lakh (ex-showroom). It is available in two trims – xLine and M Sport – with a single powertrain option. As the name suggests, the X6 is positioned between the X5 and X7 in the BMW’s lineup and is available in India as a CBU.The new-gen BMW Competes with the likes of recently launched Audi Q8, Porsche Cayenne Coupe and the upcoming Mercedes-Benz GLE Coupe.

The new-gen X6 is built on the same CLAR platform as the 5 Series and 7 Series. And has not only grown in size compared to its predecessor. Appearance-wise, the new-gen X6 now wears a larger iteration of the characteristic Kidney-grille. And now for the first time, this grille gets an illumination function. The headlamps are redesigned while the bumper is aggressive too. In profile, the sloping roofline makes the X6 stand out with its high haunches and sharp creases. The rear gets a sleek pair of tail lamps which are akin to the 8 Series. The integrated exhaust tips on the sporty bumper add to the appeal of the new X6.

On the inside, the typical BMW cabin design is retained. It gets top-notch leather upholstery and the new addition is the glass-cut joystick in the centre console. Rest of the cabin remains is scrounged directly from the X5. The list of features includes multifunction seats with massage function, four-zone climate control, digital driver’s display, a panoramic sunroof, latest version of iDrive system with new connectivity options, and the Bowers and Wilkins 3D sound system. The 40:20:40 split rear seats of the X6 can be folded down to increase boot capacity from 580 to 1,530 litres.

Powering the X6 xDrive40i is a 3.0-litre straight-six petrol motor putting out 340bhp and 450Nm. It is paired to an eight-speed automatic sending power to all four wheels. We expect other derivatives of the X6 to be offered in India at a later date.