Mahindra & Mahindra Limited, the country’s leading utility vehicle maker, is on cloud nine as the E9 variant of its Xylo model has been presented with the esteemed ‘Variant of the Year’ title at this year’s Auto Bild Golden Steering Wheel Awards. At present, Mahindra Xylo is one of India’s most popular Multi Purpose Vehicles (MPV) and is among the company’s volume puller products in the domestic passenger car market. Further, E9 is the top level trim of Xylo range offered in the country. 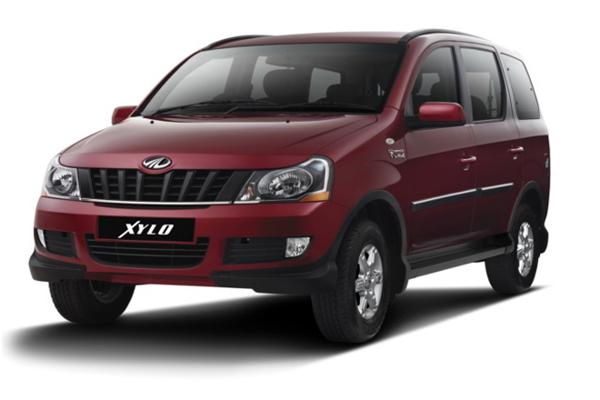 The Golden Steering Wheel Awards were introduced by Axel Springer in the year 1976 and are the most prestigious car awards in Europe, at present. In India, these awards are presented by the India Today Group and are in their fourth year. Further, 6 brands competed in the variant category, of which Mahindra Xylo E9 model came was adjudged as the winner of ‘Variant of the Year’ award. The Xylo E9’s 2.2 litre mHawk engine played a major role in its win in the category. Interestingly, this was the only award, which was chosen exclusively by the editorial team of 2013 Auto Bild Golden Steering Wheel Awards.

Expressing his delight on the Xylo E9 model receiving the prestigious award, Vivek Nayer, Chief Marketing Officer, Automotive Division, Mahindra & Mahindra Limited, was quoted as saying, “It is an honour for the Xylo E9 to be conferred with ‘Variant Of the Year’ at the prestigious Auto Bild Golden Steering Wheel Awards, amongst a host of other brands that are successful in their own right. We believe that with the Xylo we have created a strong brand that appeals to our customers for its technology and safety features, luxurious space and comfort. The Xylo has been an unmitigated success since its launch in 2009. Going forward, we will continue to engage with our customers and also live up to the brand’s philosophy of enabling people to have the ‘Time of their Life’.”

The Mahindra Xylo is one of the country’s best selling models in the MPV segment and has been recording impressive sales numbers, since its launch in January 2009. At present, over 1.25 lakh Xylo units are plying on Indian roads, which explain its popularity among the domestic car enthusiasts. On its way to achieving over 1 lakh sales, Mahindra Xylo has won numerous awards and accolades, from esteemed media houses. This MPV has been adjudged ‘MPV of the year’ and ‘Family Car of the year’ by ET Zigwheels and BBC Top Gear, respectively. Further, Mahindra Xylo has been honoured with the ‘UV of the year’ award by CNBC Overdrive and NDTV Profit in the past. The MPV garnered the top spot on the ‘Customer satisfaction and best suited for urban women’ 2010 HT Mars survey. Mahindra Xylo also created history by entering Limca book of records for finishing quickest at the West East rally.

At present, Mahindra Xylo is offered in five trim levels to the domestic audience, which are powered by three different power-mills. The Xylo E9 model is powered with the 2.2 litre mHawk diesel engine that churns out a maximum power output of 120 bhp. This top end variant also boasts of the cutting edge Voice Command Technology, which allows over thirty features of the vehicle to be controlled just by voice commands. Further, the Mahindra Xylo E9 comes equipped with many top of the line trimmings, such as, Anti-lock Braking System (ABS) with Electronic Brake-force Distribution (EBD) system, airbags, Cruise Control, 2-DIN Music system and genuine Italian leather seats. The Xylo range starts from Rs. 7.5 lakhs and goes on till Rs. 11 lakhs in the Indian auto market.