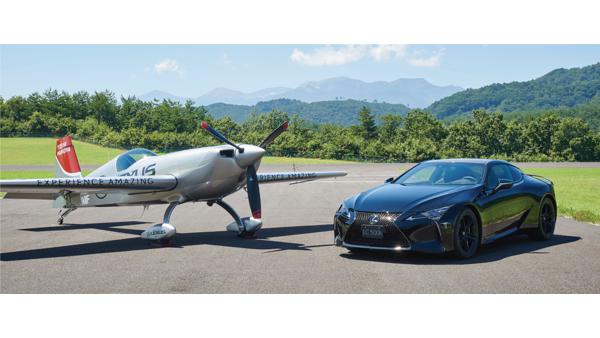 Lexus India has launched a limited-edition model of its sports coupe, the LC 500h in the country at Rs 2,15,60,000 (ex-showroom, India). The company claims that the limited-edition model is inspired by the graceful flight of birds and airplanes to elevate the sense of driving with refined aerodynamics. The new LC Limited Edition is inspired by a partnership between air race pilot Yoshihide Muroya and Lexus engineers.

Visually, the Lexus LC 500h limited edition gets black ornamentation on garnish, grille, rear wing, and 21-inch forged alloy wheels. The vehicle is available in three colour options – White Nova Glass Flake, Sonic Silver, and Black. The limited edition model has been built by the same set of engineers who have built the LFA supercar. The team found out that taking an airplane wing and flipping it upside down improved manoeuvrability and efficiency at the wingtips. This led to the creation of an exquisite carbon-fibre reinforced plastic (CFRP) rear wing that realises greater steering responsiveness and stability without disrupting the LC’s inherent vehicle stability. An exclusive carbon-fibre scuff plate integrates the LC silhouette and lettering that reads ‘LC Limited Edition’ and ‘Lexus’.

As for the interior, the LC 500h limited-edition gets black Alcantara trimmed seats that feature elegant saddle tan accents and seat belts. Moreover, the steering wheel, shift lever, and door trims are also accented in Black Alcantara trim. Mechanically, it continues to be powered by the 3.5-litre, six-cylinder hybrid engine that generates a combined power output figure of 354bhp at 6,600rpm and 500Nm at 3,000rpm.

Commenting on the launch, P. B. Venugopal, President of Lexus India, said “We are very excited to announce the addition of the exclusive limited edition of the LC 500h. With its bold, aviation-inspired design language, we are confident that it will be well received by our discerning guests who value and appreciate the quality of finer things in life.”