Jeep, the automobile manufacturer from United States of America, is slated to launch two of its most accomplished and successful Sports Utility Vehicles (SUVs), the Grand Cherokee and Wrangler in India. It is an exciting prospect for SUVs’ lovers, who will finally get the chance to drive a car from Jeep, a top name in the global market of utility vehicles. The manufacturer is expecting to create a lot of excitement and buzz by launching these SUVs. However, the time frame for the launch of these cars has not been decided by the auto maker. 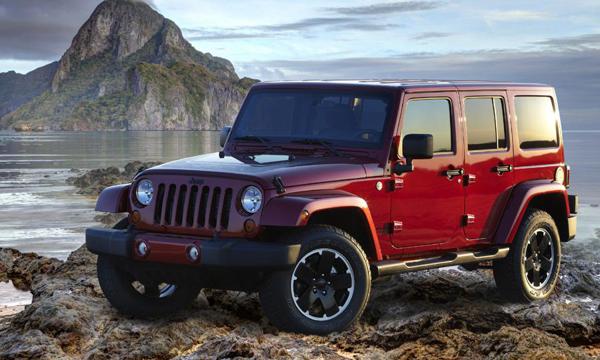 The Jeep Grand Cherokee, in particular, is a car that is likely to be an instant hit in the northern parts of India. A vehicle suitable for all conditions, the Grand Cherokee has won several accolades for its performance in the global market. The international model of the Jeep Grand Cherokee is equipped with a 6.4 litre engine, which can produce a high output of up to 468 bhp.

However, considering the Indian market, Jeep Grand Cherokee is likely to be fitted with a 3-litre turbocharged V6 diesel engine. It is expected to produce an output of 240 bhp at 3600 rpm. The engine, mated to a ZF 8-speed automatic gearbox, will generate a lot of power, which will make for an exhilarating drive. Jeep has included a high number of security features in the Grand Cherokee, such as full length side-curtain airbags, forward collision warning, hill ascent/descent control and blind spot monitoring. The car released in India is unlikely to get all these features, but is sure to be an amazing vehicle.

Jeep is also contemplating the introduction of another SUV, the Wrangler, in India. The Jeep Wrangler is counted among the best off-road vehicles in the world. It is, in all probability, going to come in two-door and four-door variants. There will be two models of the Wrangler, one with a 3.6-litre petrol engine (only two-door) and 5-speed manual gearbox, while the other with a 2.8-litre diesel engine (both two-door and four-door) and 5-speed automated gearbox.

Experts in the industry say that both these SUVs from Jeep are going to give a run for money to other premium brands. The success of Jeep in the global market is no hidden fact and it is quite likely that the same will continue in India, as well. While the Grand Cherokee is expected to be priced in the range of Rs. 55 lakh – Rs. 60 lakh, the Wrangler will be available in the range Rs. 25 Lakh – Rs. 30 lakh. The price, as expected, is going to be high as these will be initially brought as Completely Built Units (CBUs). Jeep Grand Cherokee will be in direct competition with cars like Audi Q5, BMW X5, Mercedes M-Class and Volvo XC60.

Volkswagen getting the Cross Polo ready for an India launch