Volkswagen getting the Cross Polo ready for an India launch

Rumours and reports regarding the launch of the Volkswagen Cross Polo in India have been doing rounds since some time now. Despite strong rumours and the buzz created from them, the German auto giant has not made any official confirmation regarding the same. However, a test model of the Cross Polo was seen doing rounds on Indian roads, which increased the likelihood of the vehicle making its way to the country. Recently, Volkswagen has been quiet aggressive about its future plans and the probability of a new car being launched looks high. 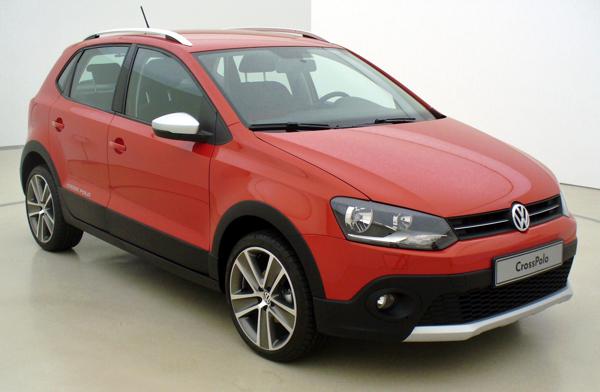 Volkswagen getting Cross Polo ready for an India launch

However, sources close to the development process also stated that the German luxury car maker, seeing the condition of the market, is laying emphasis on the volume development of models Polo and Vento. Volkswagen's Cross Polo is expected to have similarities to the Skoda Fabia Scout, which is a rugged variant of its standard peer. Industry experts feel that the Cross Polo will have a jacked up ride height with a solid built. It must be noted that the Volkswagen Polo has been a huge success in the Indian car market, thereby increasing the German car maker's popularity in the country.

As far as the specifications of the Cross Polo are concerned, there has been no official announcement by the firm. But, analysts are anticipating that the hatchback will come in India with the same drivetrain and engine configuration as the regular Polo. The regular Volkswagen Polo comes in two types of engine variants, one with 1.2 litre MPI petrol and the other with a 1.2 litre TDI diesel unit. The Cross Polo is anticipated to be different from the Polo in terms of ground clearance and sport few features on the exterior, such as roof rails, front skid protector and circular fog lights.

There were reports of a Volkswagen distributor in Nepal talking to the press about the possible launch of the Cross Polo in the country around September. If a parallel can be drawn, then calculations suggest that the Cross Polo is on its way to the Indian car market. This can be comprehended from the fact that all units based on the Polo platform were sent to Nepal from the Chakan plant in Pune, following its launch in India. Other sources suggest that Volkswagen has ensured that all the required formalities lay down by ARAI (Automotive Research Association of India) regarding the Cross Polo.

Skoda Octavia vRS unveiled; to be launched in India