Honda is going all out to claim its share in the Indian automobile market, and the latest endeavour is an addition to the range of options available on the much sought-after Honda Amaze. The Japanese giant silently introduced the ‘SX’ variant on the Amaze. The new ‘SX’ variant, which will be placed above the ‘S’ variant, comes with additional safety features and will be available on both, the petrol and diesel variants with manual transmission. With this addition to the family, the car now has a total of 12 variants on offer i.e. E, EX, S, SX, VX [petrol and diesel], and S AT & VX AT [only petrol]. 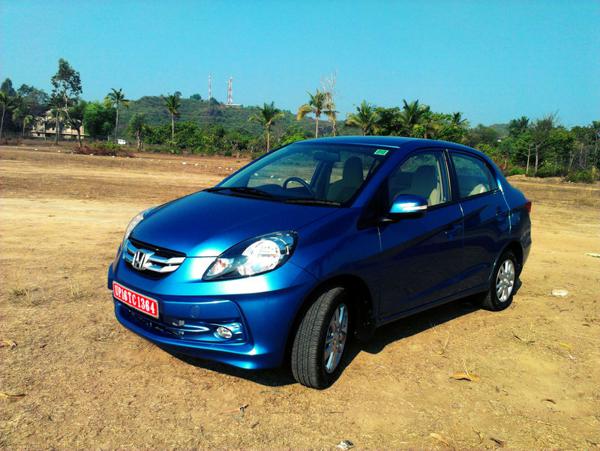 In addition to the safety provisions of the ‘S’ variant, the SX variant will now also include front dual airbags and anti-lock braking system (ABS), which is a standard facility on all diesel variants of the Amaze and the petrol ‘VX’. The Amaze houses the 1.2L i-VTEC petrol mill and the 1.5L i-DTEC diesel engine under its hood. With a maximum power output of 98bhp, the diesel mill returns a monstrous mileage to the tune 25.8kmpl.

On the occasion of the announcement of the new variant, Mr. Jnaneswar Sen, Senior Vice President, Marketing & Sales spoke of the company’s constant endeavours to study customers’ needs and aspirations directed towards enhancing the customers’ overall ownership experience. He said, “Honda Amaze has witnessed great success in Indian market by selling more than 60,000 units ever since its launch in April 2013 and has been a game changer for Honda. We are pleased to introduce “SX” variant of the Amaze with added safety features. The S variant has been the most popular variant in the Amaze range and with the addition of SX variant, we are confident that this new variant will appeal and bring delight to the customers seeking safety features at the volume range.