Ford, the second largest automobile manufacturer in the United States of America is fast forwarding its manufacturing processes towards the automated approach. The company has declared that it is well on-course to develop the autonomous self-driven vehicles from its research laboratories in Palo Alto. However, a timeline for the same was not given by the manufacturer, though the research work has reached an advanced phase.

Mark Fields, the President and CEO of Ford said, "We now are moving from experimentation to implementation. We have learned a lot in the past six months, and now are ready to put insights into action. Our goal is to make people’s lives better by helping them more easily navigate through their day, address societal issues and, over time, change the way the world moves – just as Henry Ford did more than 100 years ago.” 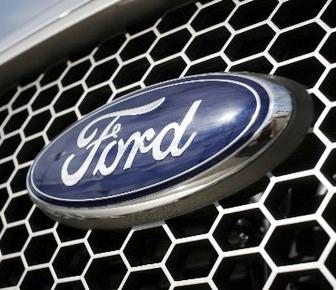 This technological advancement of Ford comes at a crucial time when Uber, Google and Tesla are all bent on being the first company to launch driverless cars, electric vehicles and ride-sharing. The Silicon Valley has recently become one of the most visited places for most automobile manufacturers with Ford being the latest one to open its Research & Development Centre last year. Fields is spearheading the research work in this zone and has been an integral part of the Palo Alto laboratory, which will house 125 researchers, engineers and scientists by 2015-end.

The automobile manufacturer will get into the same space as Uber and Airbnb economy with peer-2-peer car sharing plan for customers in London and six other cities in the United States. Incidentally, the car manufacturer has invited 14000 and 12000 customers for signing up their credit-financed vehicles for short-term utilisation, thus offsetting ownership costs of vehicles. BMW also introduced a similar plan for their customers recently.

Ford also has said that it is looking for solutions for big-city customers where driving to work is not feasible from home. It has recently revealed a new electric bike for easier urban commutation. Ford is also looking forward to collaborate with start-up companies in the Silicon Valley for 3D printing as well as wearable technology space.

Dates for 2016 Auto Expo released; scheduled to be held from 5-9 February

Honda Jazz ready to take on Hyundai Elite i20