Ford India, the domestic arm of American auto maker, will be finally launching its much awaited EcoSport compact Sports Utility Vehicle (SUV) on June 26. Sources close to the development process have revealed that the model has been rolled out from the company's production line in Chennai, and has been shipped to all of its official dealerships all over the country. Although the official launch date of the model has been released, its prices are yet to be announced. 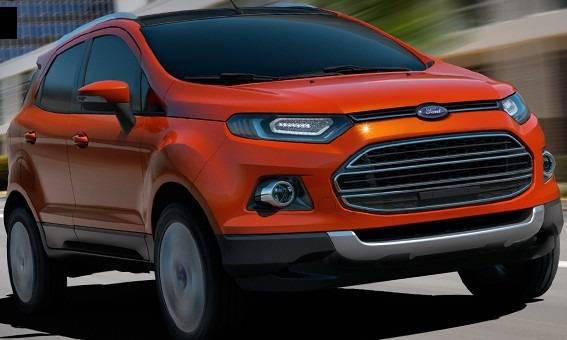 As the auto maker has started the production of EcoSport at its Chennai unit, it happens to be one of the five worldwide plants, wherein this compact SUV will be manufactured. The President and Chief Executive Officer of Ford, Alan Mulally said, “The EcoSport looks fantastic. The Chennai team, together with our supplier partners, have done an outstanding job in delivering our customers a great looking, fuel efficient, safe, compact utility vehicle with impressive functionality and connectivity, at a very affordable price.”

However, it must be noted that individuals interested in Ford EcoSport and want to get behind its wheel at the earliest can book the model before its actual launch by just paying Rs. 50,000. Interestingly, the model will be offered in ten variants and three engine options, namely a 1.0 litre petrol EcoBoost, 1.5 litre petrol and 1.5 litre diesel engines. The 1 litre EcoBoost engine has the potential to belt out a maximum power of 123 bhp, whereas the 1.5 litre petrol and diesel powertrains churn out 110 bhp and 90 bhp, respectively.

Expressing his views on the launch of EcoSport, the President and Managing Director of Ford India, Joginder Singh was quoted as saying, “The excitement and anticipation around the EcoSport is unprecedented. We are extremely gratified with the response from Indian consumers for this vehicle. The dedicated men and women of Ford India are working very hard to exceed customer expectations, and our dealers have begun accepting EcoSport bookings.”