Mercedes-Benz India, a renowned German luxury automotive marque, is all set to introduce its 2014 E-Class facelift model on June 25, 2013. The new improved E-Class would be Mercedes-Benz's third car launch in Indian auto market this year. The company has already rolled out the revamped GL-Class and brand new luxury hatchback A-Class in the country. 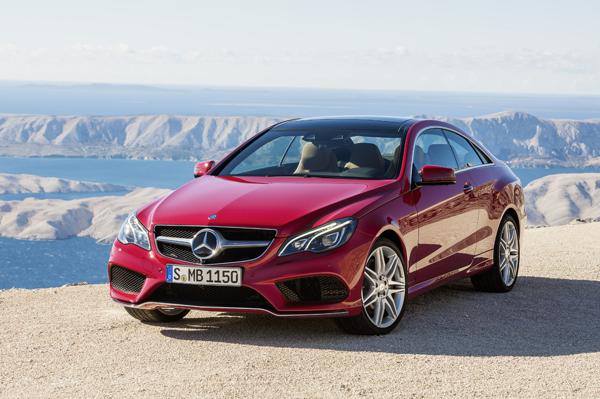 The 2014 E-Class luxury saloon gets several cosmetic changes in its interior and exterior design and retains the same power-mills that power its outgoing models. The new E-Class has been given a mid-life facelift and reminds one of the model unveiled at the 2013 Detroit Motor Show.

Speaking of design changes imbibed in the 2014 E-Class facelift model by Mercedes-Benz, the luxury saloon has been trimmed with a redesigned front fascia, new front grille and sporty headlamps with LED daytime running lights. The tailgate gets reworked tail lamps, brake light, bumpers and new exhaust tips. It is evident that the new E-Class facelift saloon looks more aggressive than its previous generation and could certainly catch the fancy of high heeled Indian buyers.

Under its hood, the 2014 Mercedes-Benz E-Class is expected to be launched with two engine options- a 2.0 litre 4-cylinder petrol and 2.1 litre 4-cylinder diesel. The 2.1 litre diesel motor generates a top power output of 204 bhp, whereas the 2.0 litre petrol engine churns out 184 bhp as peak power. Both these power-mills would come assimilated with a cutting edge 7-Speed G-tronic automatic transmission system.

The new Mercedes-Benz E-Class model would challenge the likes of BMW 5 Series, Audi A6 and Jaguar XF luxury saloons in the Indian premium car market. Industry experts have opined that the new E-Class could come with a slight increase in its price over the outgoing model range. At present, the Mercedes-Benz E-Class saloon is available within a price band of Rs. 40 to 75 lakh in the country.