BMW India has officially announced that it will launch the new-generation BMW X6 on July 23, 2015. The second-gen X6 will take on the likes of Audi Q7, Land Rover Range Rover Sport, Mercedes-Benz GLE and Porsche Cayenne. Similar to the existing model, the new X6 will be imported to India via the CBU (Completely Built Unit) route.

The 2015 BMW X6 will continue to feature the 3.0-litre, six-cylinder, in-line diesel engine that powers the current model. This engine is capable to churn out a maximum power of 313bhp and 630Nm of torque. Mated with an 8-speed automatic transmission, it is claimed to return a fuel economy of 15.87kmpl (EU-rated figure). 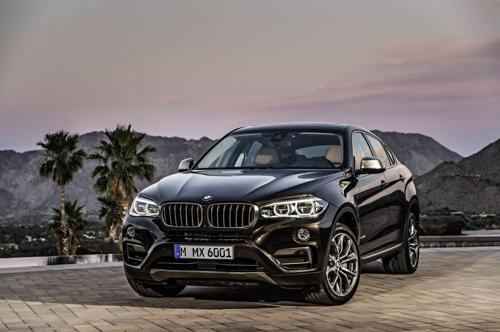 For the Indian market, the SUV will be available in a xDrive40d variant that can accelerate 0-100kmph in 5.8 seconds. It has an electronically limited top speed of 240kmph. The second-gen X6 will be 40kgs lighter than existing model, thanks to its chassis that consists of aluminum, thermoplastics and high-strength steels. It will have a 50:50 weight distribution ratio on the front and rear axles.

The German automaker is also planning to introduce the performance version of the SUV – the X6M – by the end of this year. Powering the X6M is a 4.4-litre V8 TwinPower Turbo engine that develops 575bhp and 750Nm of torque. It’s the same engine that also powers the M5. The BMW X6M will compete against the Land Rover Range Rover Sport and Mercedes-Benz GL63 AMG.

Nissan plans on launching a new small car by March 2016