Bentley Bentayga has always been a popular name in the luxury car segment, however its large engine options have not really been fuel efficient. With the world moving towards electrification, Bentley decided to do its part of social responsibility with the Bentayga Hybrid that offers a 50km electric range.

Visually there are no differences between the standard car and hybrid apart from the hybrid badging. The biggest changes though are located under the hood. Powering the car is a plug-in hybrid system paired with 3 litre turbocharged V6 petrol engine along with an electric motor and generator, allowing for up to 50 kilometres of silent, tree saving motoring. 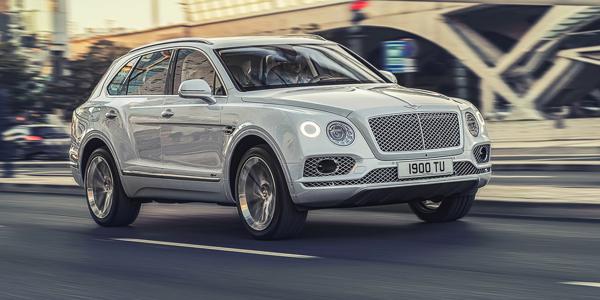 If you want to know how much power and what kind of performance the hybrid Bentayga offers, we can’t tell you. That’s because Bentley has decided to keep mum about it. But according to reports, the figures should be similar to the 456bhp and 700Nm figures claimed by the Porsche Panamera 4 e-Hybrid.

Customers have the option of installing a Bentley by Starck Power Dock, styled by renowned designer Philippe Starck. The unit itself is made of a hot-pressure aluminium casing combined with a pressed eco-linen surround and bio-sourced thermosetting resin. The Bentayga Hybrid will be available in four- or five-seat configurations and there will be no seven-seat option like other Bentayga variants. The Bentley Bentayga Hybrid will become available to order in selected markets from the second half of 2018.