General Motors India Private Limited, the country’s fifth largest passenger car maker, is on cloud nine with its Chevrolet Sail sedan recording over 8,000 bookings in the domestic passenger car market. The feat is impressive as the company introduced its Sail entry level sedan less than three months back (February 2013) in the country.

The Chevrolet Sail has been pitched in the entry level sedan segment, which includes the likes of Maruti Suzuki Swift DZire, Tata Indigo eCS, Ford Classic, Mahindra Verito and the newly launched Honda Amaze. Therefore, it is commendable to see that Chevy Sail managed to strike the right chords with the Indian car buyers. 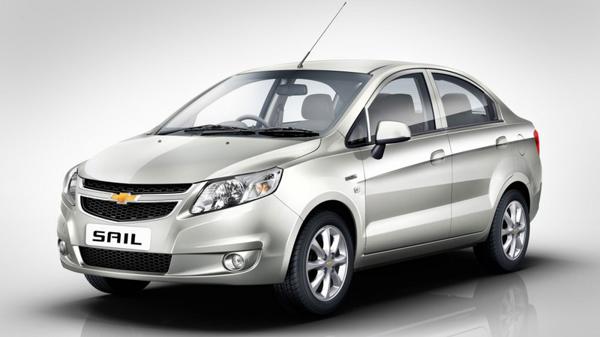 The stylish sedan is offered in both petrol and diesel powered engine options that enabled it to appeal to more sections of the Indian society. The petrol Chevrolet Sail sedan comes fitted with a 1.2 litre powertrain that develops maximum power output of 85 bhp at 6000 rpm, along with a highest torque delivery of 113 Nm. On the other hand, Sail diesel is powered by a 1.3 Fiat Multijet diesel engine that churns out a maximum power output of 77 bhp at 4000 rpm and 205 Nm of torque. The impressive under-the-hood engines played a major role in driving the sales of Chevrolet Sail in the domestic passenger car market.

The Chevy Sail sedan comes rated with decent fuel economy figures as well. General Motors India has claimed that the petrol trim delivers a mileage of 18.9 kmpl, whereas its diesel twin is rated with a figure of 22.1 kmpl. At present, the Chevrolet Sail entry sedan is offered to domestic consumers between a price band of Rs. 5 lakh to Rs. 7.51 lakh (all prices ex showroom Delhi).

Tata Motorss Xtreme Drive kicks off in Mumbai on April 26, 2013