Volkswagen T-Roc to be reintroduced in India on 1 April 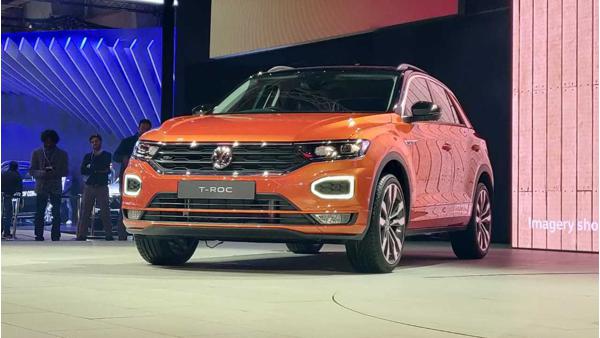 Volkswagen India will kick start the SUVW strategy in India with the re-launch of the T-Roc SUV. The T-Roc made its debut last year in March and only 1,000-units were imported by the car manufacturer. All the units were sold off within few months. Volkswagen is all set to bring a second batch of the T-Roc which will be launched on 1 April. The prices for the T-Roc could also see an escalation for Rs 1 lakh to Rs 1.5 lakh over the last year model.

The T-Roc is a premium offering by the German carmaker and it features highlights such as LED headlamps, a panoramic sunroof, automatic climate control, bi-coloured alloy wheels, leather upholstery, reverse parking camera, touchscreen infotainment system with Apple CarPlay and Android Auto connectivity, six airbags, and heated front seats. It will be available with a choice of five exterior shades.

As for the powertrain, the T-Roc SUV will be available in a single top-spec trim powered by a 1.5-litre TSI engine developing 148bhp and 250Nm of torque with Active Cylinder Technology (ACT). Transmission duties will be handled by the smooth seven-speed DSG unit. The T-Roc on its revisit will rival the likes of the Jeep Compass, Hyundai Tucson, and the upcoming Citroen C5 Aircross.