Tata Motors, the country’s largest auto maker by volume, has embarked on a plan to make its portfolio of compact Sports Utility Vehicles (SUV) stronger in the Indian auto market. Offsetting the impact of reducing sales and profits, the auto maker is planning to add to its existing vehicle line-up and therefore, is looking for some decent launches. Industry experts believe that Tata Motors will introduce a new sub 4-metre SUV, which will compete against the likes of Maruti Suzuki Ertiga, Mahindra Quanto and the upcoming Ford EcoSport. 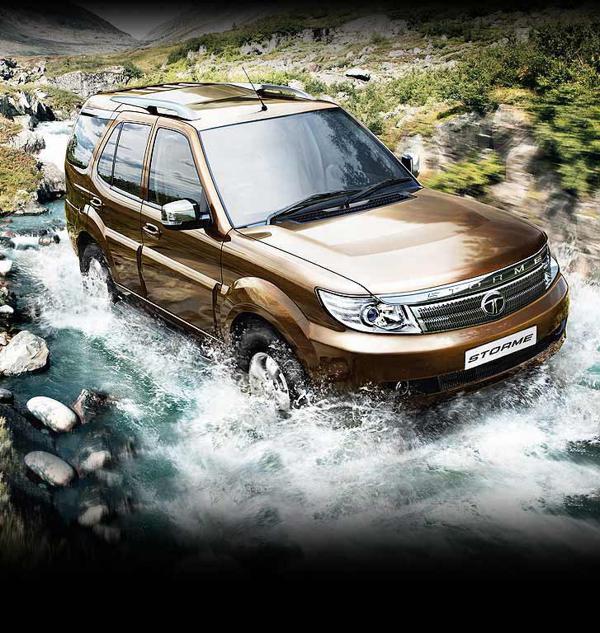 It must be noted that during the third quarter of current fiscal, the auto maker witnessed a fall of 52 per cent in its sales. Owing to this, Tata Motors is now looking ahead at an array of Utility Vehicles (UV), which is expected to turn the tides in its favour. Confirming this statement, the Head of UV product group at Tata Motors, Ashesh Dhar said, “We definitely have lost a bit of ground but we will get back with new products. There are lots of projects in the pipeline and we want to be a significant player in the UV segment.”

He further said that Tata Motors is planning to work on its new strategy to boost the sales in its UV portfolio. “We are quite aggressive in UVs, and are looking at building on it further,” he added later.

Reportedly, the auto maker witnessed a fall in sales of several UVs like Sumo, Aria, Safari and Venture range, which all dipped by 3 per cent during April-January 2013 period. Expressing his views on whether the new launches will comprise a sub 4-metre entry level SUV, Dhar told TOI, “Wherever there is growth, we will not neglect that... We are looking at many, many SUVs. We see the industry growing very strongly across categories.”

Besides Tata Motors, other big players of the market are also considering the launch of compact SUVs in the Indian auto market. These auto makers include Maruti Suzuki, Hyundai, General Motors and Toyota. Interestingly, Tata Motors is also well known of the rising competition from these auto companies and therefore, he said, “Definitely, we have to come with something that is market competitive.”

Following its new strategy, the latest move of Tata Motors was introducing a new generation model of its much acclaimed Safari, named Safari Storme. The model was recently provided an upgrade and was introduced as a new variant 'Storme'. On this, Dhar said, “We have seen volumes of the Safari range pick up after the upgrade.”