French auto major Renault may have another winner in its portfolio, in the form of compact Sports Utility Vehicle (SUV) Captur, which is built on the Clio hatchback platform. The Captur appears to be inspired by the concept version shown at the Geneva Motor Show back in 2011. It was shown at the recent Geneva Motor Show this year in March 2013. 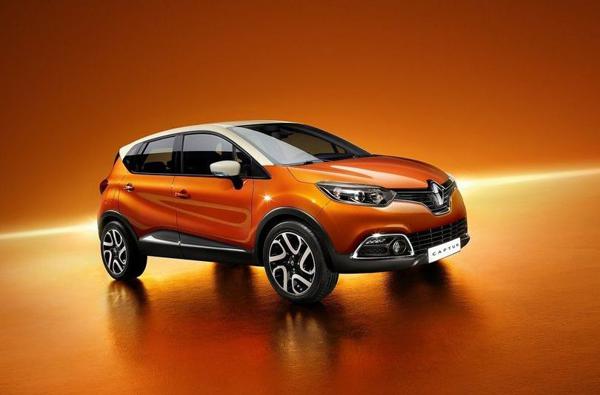 This vehicle marks the net step in Renault design, which is very futuristic, much like the Ford EcoSport. The forward position of its steeply rakes windscreen indicates a certain purposeful stance. It has a robust and unpretentious design, with muscular lines of design all round. Commenting on the design, Benoît Bochard, Director, A/B-Segment Product Range for Renault said, “ Renault Captur is a compact, unaggressive crossover which is particularly user-friendly. It benefits from Renault genes through and through.” This is the next step in design for the French auto maker, under the leadership of Laurens Van den Acker.

Despite an overall compact length of 4.12 metres, there is a lot of interior space on the inside. The colourful cabin gives a relaxing feel, with several colour choices for different features. A high-up driving position, along with a large boot and sensible storage solutions have been provided in this vehicle, which are commonly found in many Multi Purpose Vehicles (MPVs). Hands-free assist, hill start assist and rear parking sensors are also available in this compact SUV, which are usually found on more expensive vehicles. The R-link touchscreen multimedia tablet will also be connected in the Captur, in addition to a music system with six speakers, Bluetooth and Arkamys® hi-fi sound.

From the environment point of view, the Renault Captur has very low emission levels of carbon dioxide. Its clear competitors are the Ford EcoSport, Nissan Juke and Peugeot 2008 in the international market. As the company is already doing well in India with different models, experts believe that the new Captur could be slotted above the Renault Duster and would be great for someone looking for some more features.