The revolutionary new compact Sports Utility Vehicle (SUV) Ford EcoSport, with a new EcoBoost engine has been in the news since November 2012. However, even after Union Budget 2013, the new compact SUV has not been launched, despite a lot of promotion. The Ford EcoSport Urban Discoveries campaign is still being held across the country and the vehicle is slated for a June launch, as per the company. 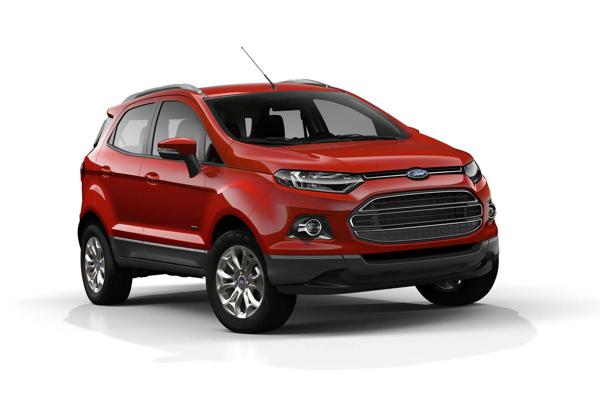 Looking at the amount of excitement that has been built up since 2012, Ford seems to building up a lot of suspense up to the launch. The EcoSport generated tremendous responses when it was shown at malls in Delhi and Mumbai. Its strategy for raking in sales is clear, as it has already revealed everything apart from the car itself. It would get two engine options in India- a 1.5 litre diesel and a 1.0 litre EcoBoost. The new EcoBoost has received great responses across the world and will generate a maximum power output of 120 bhp, which is the best in its class. This engine also produces the lowest emissions, as per past figures obtained from petrol engines.

From the outside, design also is a generation ahead of contemporaries such as Premier Rio, Renault Duster and Mahindra Quanto. It has a huge front grille which gives it a characteristic menacing look. Being lesser than 4 metres in length, it qualifies for an excise duty cut, which allows this vehicles to be priced between Rs. 7 lakh to Rs. 9 lakh. Slot like headlights indicate aggression, along with fog lamps that look like machine gun pods. The rear spare wheel blends aesthetically with the rest of the vehicle.

On the inside, Interiors are quite comfortable with adequate headroom and legroom for five passengers. It is a great mix of luxury and comfort, as can be seen from the leather wrapped steering wheel. Colours on the inside look add to sporty and exciting look of this SUV. Overall, Ford does seem to be prolonging this launch a fair bit, as can be seen from the enthusiasm of several buyers. Industry experts warn that too much delay may also lead to a complete loss of interest in the vehicle instead, as competition from the Renault Duster closes in.