General Motors India Private Limited, the country’s fifth largest passenger car maker, is on cloud nine as its latest Chevrolet Sail entry level sedan has been booked over 7,000 times in the domestic auto market. The numbers are impressive as the company launched its Sail model just two months back in February 2013. Interestingly, Chevy Sail’s hatchback sibling U-VA has failed to manage decent sales in the country, since its launch last year. 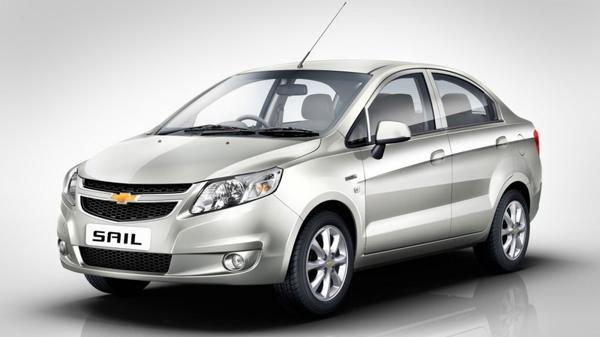 The Chevrolet Sail entry level sedan competes against Maruti Suzuki Swift DZire, Tata eCS, Mahindra Verito and Ford Classic in the Indian auto market. Evidently, the Swift DZire is Chevy Sail’s toughest rival and can be called the undisputed champion of the entry level sedan segment. Hence, the impressive sales figures of the Sail model are certainly promising for the American car maker, in order to enhance its market share in the Indian auto sector.

Speaking of engine specifications of Chevrolet Sail, the entry level sedan comes fitted with a 1.2 litre, 4-cylinder SMARTECH petrol engine that rolls out peak power and torque outputs of 85 bhp and 115 Nm, respectively. Further, the Sail diesel model is powered with a 1.3 litre, 4-cylinder, SMARTECH diesel motor, which rolls out maximum power around 77 bhp and highest torque of 205 Nm.

At present, General Motors India offers its Chevrolet Sail sedan range with price tags starting from Rs. 6 lakh, which go on till Rs. 7.6 lakh. Further, the Chevy Sail model is set for a face off with a new formidable rival, the Honda Amaze soon in the domestic car market. The Amaze is also an entry level sedan and will lock horns with segment counterparts on April 11, 2013.

Royal Enfield Continental GT to be available soon in India