General Motors has launched a new edition of its popular small car, Chevrolet Spark Muzic. It is a limited edition variant that comes with host of new features including 2DIN music system. The new Spark Muzic is priced at Rs. 3.27 lakh with its added features.

“With the kind of response we are getting from the domestic market, we expect around 10 per cent growth this year,” said General Motors India President and Managing Director Karl Slym. 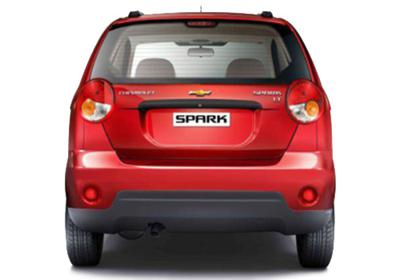 “India, with its robust economy, is one of the fastest growing markets for automobiles. Going forward, India can be one of the top five Chevrolet markets globally in the next five years,” said General Motors vice president (global sales, services and market) Jonathan Browning.

The company also intends to gain its rankings amongst the top five auto makers in India. It plans to launch sedan Cruze in India followed by a Mini car. It has recently launched the automatic transmission version of Chevrolet Captiva in the market. It is also looking at introducing smaller SUVs and pick-up trucks in India to attain a sales growth of nearly 200,000 units annually.

Fiat Linea Does the Magic!