All MINI Cars In India

MINI has 5 car models available in India out of which 3 are hatchbacks, 1 is SUV and 1 is convertible. MINI has total of 3 petrol versions and 3 diesel versions. There are 6 automatic car versions to select from. 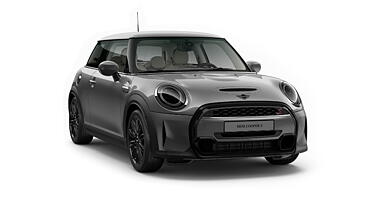 MINI , the British premium automobile marquee, belongs to the German luxury carmaker - BMW . The initial MINIs represented a series of small cars that were built by the British Motor Corporation between 1959 and 2000. The model series included the Austin Seven, the Morris Mini-Minor, the Countrymanm, Moke, Clubman  and the 1275GT. The performance-oriented trims of MINI cars range took the name Cooper, because of its partnership with John Cooper, the legendary racer. The original bi-door MINI was on trade till year 2000. Development of its successor began in year 1995 while the new generation version was released in 2001. The present day Mini car models include the Countrymen, Hardtop/Hatch/Convertible, Coupe/Roadster , Clubman, and Paceman.

Not long time ago, BMW appointed Mr. Philipp Von Sahr as the President of BMW Group India. The man takes responsibility for all decisions and operations of each and every brand owned by BMW group including Rolls Royce  and MINI. Another worth mentioning key person at the BMW Group is Mr. Sharang Rathore, the GM, Corporate, Diplomatic and Direct Sales.

BMW Group has invested a hefty amount of 1.8 billion Indian Rupees in our country for enhancing its business. The German giant also inaugurated a manufacturing unit near Chennai in year 2008. The group launched its signatory Mini brand in 2012 in India. The production plant located in Chennai develops a wide range of BMW and Mini vehicles including 1 Series, 3 Series GT , 3 Series, , 5 Series, 7 Series, X3, X1, X5 and the Mini range. This manufacturing plant has the rolling out capacity of 11,000 units per annum on a double shift basis.

MINI owns an exclusive dealership network in our market. The car maker is working to increase its dealerships. At present, MINI cars in India can be purchased via Bird Automotive (New Delhi Dealer), Infinity Cars (Dealerships in Mumbai), Navnit Motors (Bangalore Dealer), and Kun Exclusive (Hyderabad dealer). The automaker also offers a number of aftermarket accessories like MINI John Cooper Works accessories and a few others.

In year 2008, MINI brought-in the Mini E, an electric car with front-wheel drive at the Los Angles Motor Show. The car propelled on an electric motor that churned 201bhp against 220Nm torque via a 380 V 35 kilowatt-hours lithium-ion car battery. It effortlessly covered a distance of 240kms in one go. The car can attain maximum speed of 152kmph. The vehicle gliders are manufactured at the Mini factory located in Oxford. Its power equipments, batteries, and electric motor are manufactured in Munich. BMW Group hasn’t launched any kind of electric Mini cars in India or globally.

The original bi-door MINI was a luxury small car that was introduced by the British car maker. The car earned title for being the most iconic model in 1960s and its front-wheel drive framework inspired several other car makers to adopt it. In year 1999, MINI was given the title of the second car with maximum influence in 20th century. The first place was gained by Ford Model T. MINI was designed by Sir Alec Issigonis. It roled out from the Cowley and Longbridge units located in United Kingdom, the Victoria Park/Zetland British Motor Corporation unit that was located in Sydney, Australia. In the beginning, MINI car units were promoted under the badge of Austin and Morris as Morris Mini-Minor and Austin Seven. The MINI acquired a marquee of its own in year 1969. Though in 1980s, it was again promoted under the flagship of Austin.

MINI cars in India are appreciated among young motor enthusiasts who seek luxury in performance oriented vehicles. MINI vehicles are a perfect blend of retro design and futuristic appeal. Out of the total models that MINI sells in India, the fuel efficient ones are especially gaining popularity in India.

MINI cars in India represent a comparatively new segment that is still taking shape. Therefore, it would be too soon to comment over its value in used car market.

MINI cars have no direct competition in Indian market as these cars are exclusive in themselves. However, on a close view we observed that Mercedes-Benz A-Class has been giving a tough competition to MINI cars lately. On the same note, Volvo is also looking forward to launch its iconic Beetle in India, thus paving way to more competition to the British brand.