Honda is ready to launch its small car Jazz in India in June 2009. The car is expected to be priced at Rs. 5-6 lakh and shares its platform with Honda City. It is expected to be powered by specially developed 1.2 Litre engine. The car was showcased at the Delhi Auto Expo 2008 and is much awaited model from Honda.

Maruti Splash/Ritz is the next awaited model from Maruti Suzuki in the year 2009. Maruti launched its A-Star last year and now its plans to splash the country with its new car which will be named as Maruti Ritz in India. The car is expected to be priced around Rs. 5 lakh and will be powered by 1.2l petrol engine as well as 1.3 Liter multi-jet diesel engine. The car is expected to hit the Indian roads in the next few months. 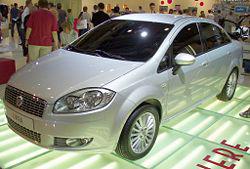 Fiat has arrived! The company has managed to make its mark in India with its latest model – Fiat Linea. Fiat India is now ready to bring Fiat Grand Punto to Indian market which will be priced between Rs. 5-7 lakh which is expected to hit the Indian roads by May 2009. The Grande Punto in India will be the third generation model since it was launched in 2005 across the globe. The car is likely to be available with 1.2 L and 1.4 L petrol engine along with a 1.3 L multi-jet diesel engine.

More small cars is likely to spell into a larger small car market in the country!