A Mini John Cooper Works GP concept has been revealed through pictures. The car will make its public debut at the Frankfurt Auto Show next week. 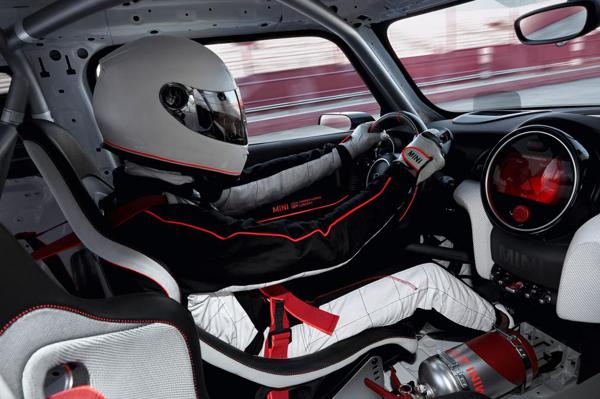 The new concept has been designed with motorsport in mind. In terms of cosmetic updates, the 0059 stickers are to remind you of the year 1959 when the classic Mini was born. The car sports a wider track too with body kit giving it a sporty stance. Mini has used a lot of carbon fibre in the car's making to make it a lightweight hatchback. The carbon fibre components include a carbon fibre front splitter, side skirts and a rear wing. The flared wheel arches accentuate the sporty look with 19-inch alloys with red and orange highlights.

The interior of the Mini is also tweaked in line with the performance upgrades. The carmaker has removed the rear bench, headliner and door trims to reduce the car's weight. Deep bucket seats have been installed with five-point race harness. A roll cage has also been added. The suspension settings can be changed through the touch screen system. Furthermore, there's a heads-up display to project the essential info.

This Mini John Cooper Works GP concept will share the stage with the EV concept at the motor show. More information will be revealed next week. We think Mini might bring this concept into the real world in the form of a limited edition model. Sure, it might lack the aggression that this concept portrays, but still it might be a visual treat even if it incorporates the styling from this concept. 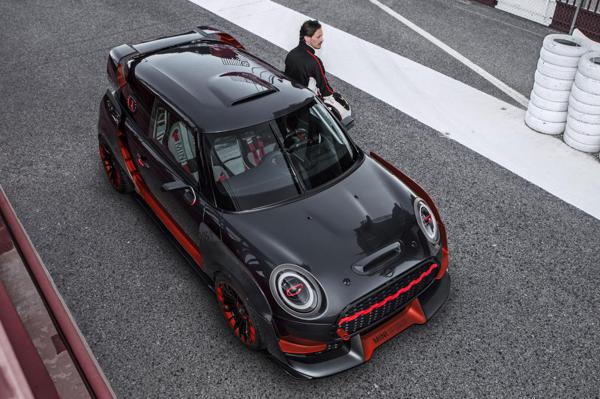 Ford announces support to vehicles damaged by the recent floods