Lexus has launched their LC500h sports car in India at an ex-showroom price of Rs 1.96 crores. The LC or the Luxury Coupe was first showcased at the 2012 Detroit Motor Show as the LF-LC. This concept came to life as the LC500h and is now available in 68 countries across the globe. It looks striking with the brand's signature spindle grille, L-shaped DRLs, a low stance and LED tail lamps that blend well into the design. 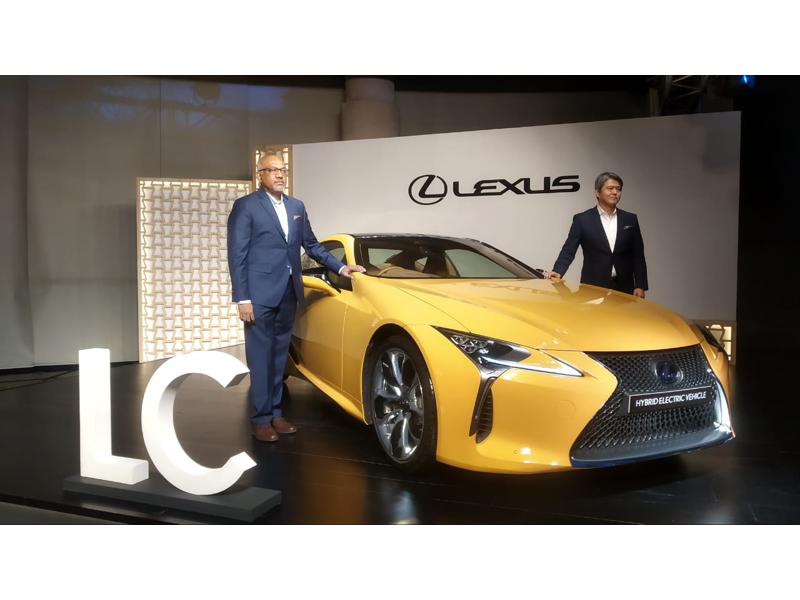 The Lexus LC500h’s cabin also boasts of all the bells and whistles one can expect from a car of this class. This includes a huge display for the infotainment system, a digital instrument cluster, a touch-pad controller, a 10-way electrically-adjustable driver's seat etc. amongst many other features.

The Lexus LC500h now joins the Japanese carmaker's Indian car line-up, which comprises of the RX450h, LS500h, NX300h and ES300h amongst other SUVs like the LX450d and LX570. It reminds us of the mad styling of the performance packed LFA supercar and will definitely grab some eyeballs in the Indian market.

On the powertrain front, no, the Indian market doesn't get the fire-breathing V8 petrol engine. But, Lexus has chosen the hybrid version that derives power from a 3.5-litre V6 petrol mill, which works in conjunction with an electric motor. This combination provides 354bhp of power which is sent to the rear wheels through an automatic gearbox.