The Indian arm of Japanese auto maker, Honda Motor Company has introduced its most economical scooter in the domestic market, named Activa-I, on June 12, 2013. With a price tag of Rs. 44,200 (ex-showroom Delhi), the new vehicle is expected to consolidate the position of Honda Motorcycle and Scooter India (HMSI) in the Indian scooter market, which has witnessed a cut throat competition from quite a while now. 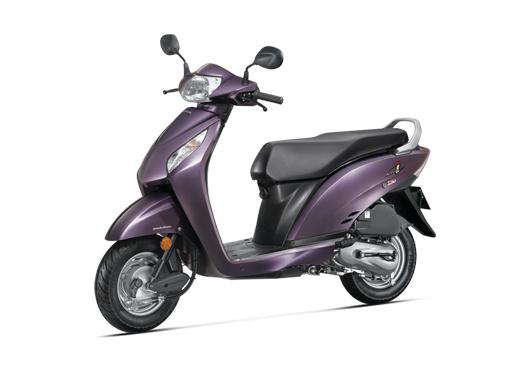 Expressing his views on the launch ceremony, the President and Chief Executive Officer of Honda Motorcycle and Scooter India, Keita Muramatsu was quoted as saying, “Today we have entered the personal compact segment with Activa-I, which would increase our penetration in the urban markets. We have been facing production constrains, which principally led to decrease in our market share. We aim to recover with our third plant coming up in Bangalore.”

Coming to the technical configuration of the recently launched model, a performance oriented engine with a displacement of 110 cc has been equipped within the new Activa-I. Reportedly, this gearless scooter is anticipated to be sold throughout the country by the end of June 2013,

will be sold across the country by June end. Apart from this, the auto maker offers three scooters to the Indian buyers, namely Dio, Activa and Aviator, which are all powered by the identical 110 cc engine. Interestingly, all these models fall in a price bracket of Rs. 44,718 and Rs. 53,547 (ex-showroom Delhi).

It must be noted that Honda India has been losing its market share to other major players of the industry, like Hero, Suzuki and Yamaha. Reportedly, all these auto makers have introduced new models in the last few months and were able to garner the attention of masses. Owing to this, the market share of Honda India reduced by 10 per cent in the last few years to a record low of 50 per cent at the end of March 2013 in the Indian auto market. Speaking on the future plans of the company, Muramatsu said that Honda India is looking ahead to introduce a new two-wheeler in the country, which is likely to mark its presence on the domestic roads in a year.