Audi, the German premium automotive marque and subsidiary of Volkswagen, has commenced the production of its entry level luxury saloon A3 at the newly established manufacturing facility in Gyor, Hungary. At present, Audi A3 is the cheapest sedan offering in the company's product portfolio and is expected to mark its Indian presence sometime by the end of 2014 calendar year. 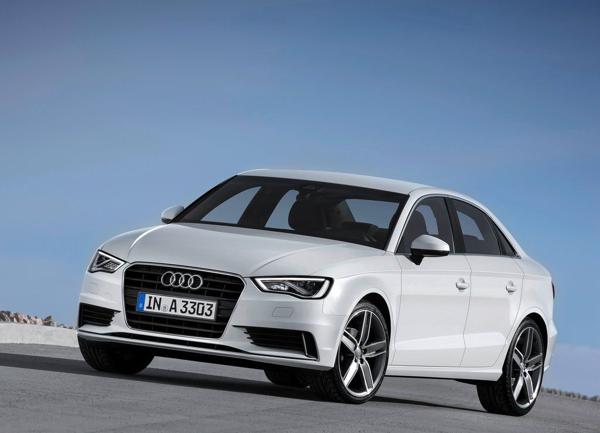 The Audi A3 luxury sedan made its public debut at the Shanghai Motor Show held in April this year. The stunning model managed to garner some rave reviews from both industry critics and press media, while leaving onlookers enamoured with its sheer brilliance. Audi A3 is the first car to be rolled out from the company's world class and full fledged Gyor-based manufacturing facility. The plant is replete with press shop, paint shop, body shop and assembly lines.

Speaking on the start of A3 production at the new Gyor facility, Rupert Stadler, Chief Executive Officer, Audi was quoted as saying, “With the expansion of our plant in Hungary, Audi Hungaria has developed into an important pillar of our worldwide production network. We are thus consistently pursuing our growth strategy and strengthening our international competitiveness.”

The A3 luxury model is already available for sale in Germany and would enter other European markets by the end of this year. The US and China markets could witness the launch of the Audi A3 around 2014 spring. In India, the stylish A3 would come as Completely Built Units (CBUs) and could carry introductory price tags around Rs. 25 to 30 lakh. Industry sources have suggested that the stunning Audi A3 could see Indian daylight sometime in 2014.