The Indian auto industry has been in battle of sorts for a long time now, trying to fight the economic crisis and slowdown in demand. Now, to make matters worse, a large cloud of doubt hangs over it due to the fiasco that took place at General Motors India. Of late, the Indian subsidiary of American auto maker recalled over one lakh units of the Chevrolet Tavera. This was done following its admission of violating testing norms while sending vehicles for inspection. This incident has not only damaged the reputation of General Motors India but has also raised a question mark over testing practices that prevail in the domestic auto industry. 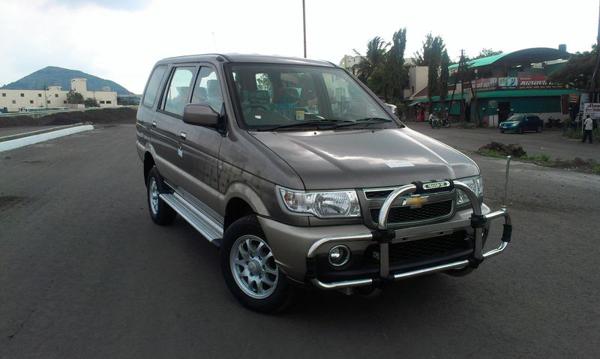 Auto analysts and experts have expressed their shock over this controversy, explaining that it could potentially unveil major loopholes in the prevalent testing system. They are of a view that if a big and reputed entity like General Motors committed such howlers then there is no surety about others being clean and non-manipulative. According to experts, the Indian auto industry needs major overhaul in terms of the testing system.

Speaking on the same, V G Ramakrishnan, Managing Director at Frost and Sullivan, South Asia, said, “This is an opportunity to clean up the system and to make it foolproof. This is the time all the stakeholders can come together - the government, the testing agencies and the manufacturers - to devise a system, which does not fail.”

A letter written to the government on 18th of July, General Motors India admitted that an investigation revealed that new Tavera models sent for inspection were fitted with pre-approved engines. According to the company, this was done in order to meet emission norms. Also, the weight of a few units was manipulated to pass the compliance test. The incident has led to a series of strict actions by General Motors India. Earlier, it had stopped production and sales of two Tavera variants. General Motors India has also fired 25 employees that include top executives like Anil Mehrotra (Chief Financial Officer) and Lavern Sula (Vice President, Engineering). Research analysts, in particular, have been shocked by this revelation and feel that the management has to be involved in a big decision like this.

"Apart from the testing agencies' regular check, almost all manufacturers have their internal quality check teams, which examines vehicles frequently. That the problem remained unidentified for almost eight years is very surprising," explained a source close to the company.

However, top company officials have categorically denied any sort of conspiracy and did not comment on the reason behind it. "We uncovered some inconsistencies and we took care of them with our customers. We are taking it seriously and we are dealing with it in a very serious manner," said Lowell Paddock, President and Managing Director of General Motors India.

Officials from the Automotive Research Association of India (ARAI) have said that the testing norms are really strict and demand absolute adherence. Srikant Marathe, Director of ARAI, said, “As far as lapses at manufacturers' ends are concerned they have to ensure that their quality procedures are in place to ensure that each one of their product meets the regulatory requirement.”