The iconic luxury car maker BMW recently showcased its much awaited electric car, i3, across its three key markets simultaneously, New York, London and Beijing. This electric car happens to be the first electric model to be rolled out by the German car maker. It is expected to be available first in London till the end of this year, while during early 2014, Beijing and New York markets may witness its launch. As far as the pricing of i3 is concerned, it will be available in European markets for around 35,000 Euro, while it will cost for $41,350 in United States. However, the pricing for Chinese market has not been decided yet. 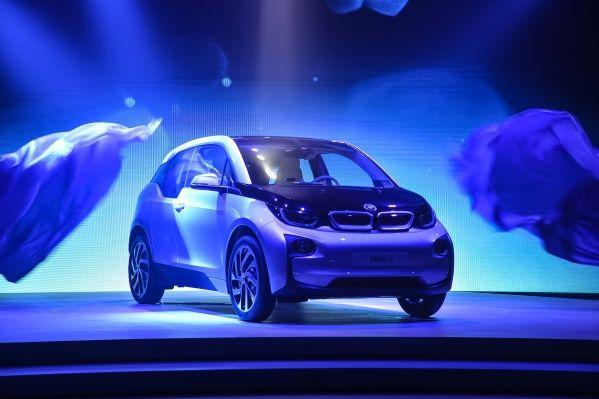 i3 is an all-electric car that has been built by BMW for normal city use. It is a four-seat passenger car with zero carbon emissions and offers a range of 130-300 km. If demanded, the German auto maker also offers a range extender with its i3 model, which keeps a check of the charge of lithium-ion battery on a constant level en route, if its falls below the specified value. This process is performed by a two-cylinder petrol engine, which churns out a maximum power of 34 bhp, which has been mounted adjacent to the electronic motor over the rear axle. 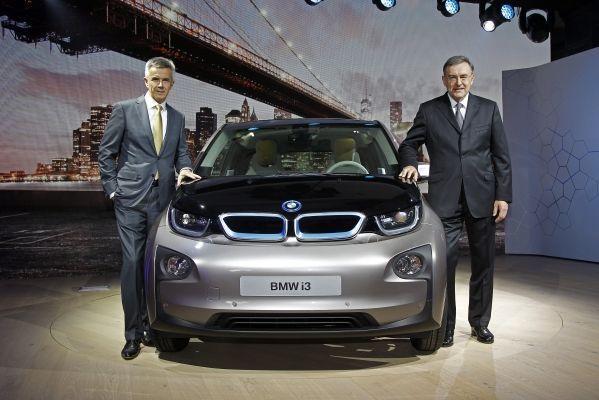 BMW i3 electric car revealed; plans to launch it in India soon.

This curb weighs of i3 is 1195 kg as the fitted battery alone carries a load of 230 kg. The main highlight of the vehicle is its parts, which can be recycled. To charge it, individuals can use the home socket or plug or simply install the BMWi wall box that will charge the battery in approximately 6 hours. Also, this car can be put to charge at various public stations. Also, the upcoming BMW i3 will come equipped with a performance oriented engine, which will have the potential to churn out a maximum power of 170 bhp, along with peak torque of 250 Nm. 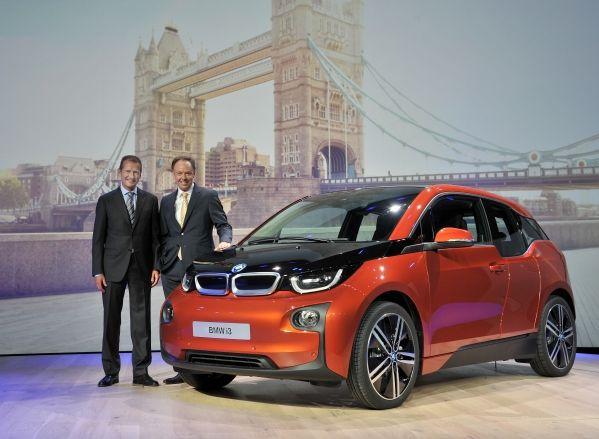 BMW i3 electric car revealed;plans to launch it in India soon.

In order to reduce the weight of i3, the company has used carbon fibre along with strengthened plastics on its aluminium chassis. This is the first instance for BMW to use carbon fibre on any of its vehicle. Further commenting on this development, the Chairman of the Board of Management of BMW, Norbert Reithoferwas quoted as saying, “This is for the first time carbon fibre has been used for mass production in BMW. It is a technology breakthrough. Use of carbon fibre is 50 per cent lighter than steel. It makes it (car) safe. Innovation drives change. The i3 is more than just a car. It’s a revolutionary step towards sustainable mobility. It is purpose-built around an electric power train to serve the needs of our megacity customers.”

On the eve of i3's launch, Norbert Reithofer said, “It is a milestone in motor industry. BMW i3 is a revolutionary car for sustainable mobility. This day will be remembered in future.”

Meanwhile, as far the Indian car market is concerned, the company told that it is a huge market for BMW's future plans and currently the company is in talks with the government on various sustainability issues. Commenting on the launch of i3 in India, the group's Board Member for Production Harald Krueger said, “I was in New Delhi last week. We have discussed about this with the concerned minister. We will definitely come to India as we see there is a potential market. But we cannot say when (the car will be launched in India. The infrastructure in India for such electric vehicles has to be developed first.” BMW i3 electric car revealed;plans to launch it in India soon .

It must be noted that it is for the first time that BMW has made a distinct 'i' brand categorisation to market its electric vehicles. The company told that it has incurred an expenditure of over 1 billion Euro to develop the i3. Meanwhile, the company is also planning to showcase its i8 hybrid sports car next year.