In what appears to be a major move by the super bike manufacturer Triumph, it might be rolling out its bikes by the end of 2013 in the Indian auto market. As rumoured, company delegates have been visiting India on and off for talking with important dealers. During the 2012 New Delhi Auto Expo, the auto maker announced its plans of launching seven motorcycles that were expected to compete with the likes of Harley-Davidson. 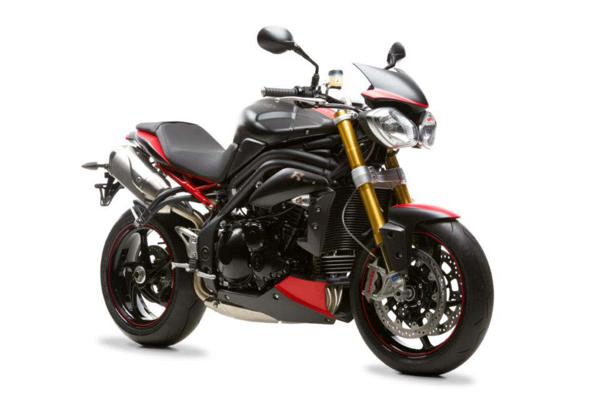 At that point of time, Triumph was optimistic about its Indian plans and even announced indicative price range of its motorbikes. The most awaited bikes like The Bonneville and Street Triple, were believed to be priced under Rs. 7 lakh for the Indian buyers. Since then, Triumph have created a lot of confusion regarding its future plans with company officials refusing to comment on the issue. At the auto expo, things were looking smooth for Triumph to enter the Indian market with the company being extremely excited and confident about its launch.

It must be noted that at that point of time, Triumph was headed by Ashish Joshi who was previously linked with Royal Enfield. Unfortunately, all the hype created around the much anticipated launch got a severe taking as a proper disclosure regarding the date has not yet ascertained. Meanwhile, Triumph's biggest rival Harley-Davidson is swiftly expanding its wings in the Indian market and has followed a similar state of events before entering the Indian market.

Currently, Harley-Davidson assembles nine models from its range of 14 bikes available in India. Over a small time, the company has established itself as the largest super bike manufacturer in the Indian market. It will be interesting to see whether Triumph assembles its vehicles in India or its imports them during the initial stages. However, certain viable options like importing vehicles from Thailand are available for the company. Since India has a Free Trade Agreement (FTA) with Thailand, the best option to cut down cost measures will be to import certain parts while assemble the rest in India.

Despite these facts, trade pundits are sceptical of the fact that the bike maker will stick to low prices, which it has announced initially. However, fall in the value of Rupee against US Dollar may be the yardstick for determining the pricing of the bikes. As per the current scenario, no official announcements are made from the side of company; however, it is expected that Triumph will debut in India before the end of 2013.

Maruti Suzuki light commercial vehicle to be launched in 2 years