Toyota Kirloskar Motors is offering Express Maintenance Service in India. It launched its periodic one hour maintenance service for all its vehicles. The scheme comes at no additional cost and is available to existing Toyota customers as well as the new ones. The new Express maintenance service will reduce the servicing time from a period of one day to one hour.

Toyota has taken steps to apply its Toyota Production System skills and Kaizen methods in order to reduce the idle period between the service processes. It aims to improve the full regular service within 90 minutes than its usual one day long process. 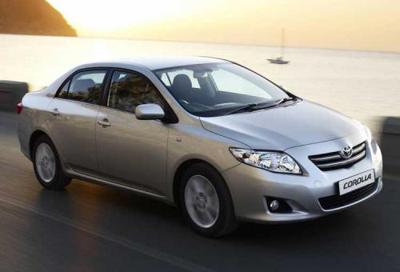 MGF is the first Toyota dealership in North India that has started offering Toyota’s Express Maintenance Service at the same cost as the regular service. The Nippon Toyota in Kochi is first in Kerala and second in India to offer this service. TKM is planning to offer the service at all its 14 dealerships across India by the end of 2008 and at 6 more centres in 2009.

Toyota marks its presence in India as Toyota Kirloskar Motors. It is a joint venture between Toyota Motor Corp. and Kirloskar Group in India.

Maruti to Launch Ritz in India