The Toyota Corolla Altis, a Sedan from Toyota, was launched in India in Mar, 2017. There have to be many strong reasons behind the Corolla Altis being called the strongest selling car in the world. Even in India, it has managed to hold on to it's throne of being the most popular D segment car.

Credit goes to its efficient engine, cabin features and simple exterior design. It has been 11 years since the car first landed on Indian shores. It ticked all the wishes of a typical premium car buyer. It was the only car in that segment to offer premium luxury and performance without losing on practical approach.

With the 2014 Corolla Altis, Toyota is in a mood to regain lost sheen and race ahead of competition. The new Corolla Altis brings in a bold design with refined features. This one also claims to be an ‘exciting’ offering which has been tweaked in all departments. We try tapping it in our first drive report.

Just as we reviewed the Etios Cross and had formed an opinion about its design, it was the Corolla Altis waiting to shatter all that with its modern striking design lines. We object to the designers going all classy on the premium range while giving its younger siblings a step motherly treatment.

Saving the complaints for another day, the 2014 Corolla Altis is definitely a nice looking sedan. It strongly reminds of the new Camry with its bold power lines on the design. We call it a ‘nice’ looking sedan because the one sold internationally is a far more attractive and aggressive looking version of Corolla. If only Toyota would have thought of launching it pushing the Fluidic Sculpture behind.

In India, premium doesn’t get complete without a generous dosage of chrome. The radiator grille has been completely garnished with loads of bling but it does not look tacky. It looks better than that on Camry. The triple blade grille enters the headlight also making a T formation. The blade on top flows along the grille sweeping back with the headlight design. Fog lamps are placed neatly on the front bumper.

The side profile looks stretched with the new design. There have been changes in the dimensions. The new Corolla Altis gets a revised wheelbase. It is larger than the earlier model but then at the same time Toyota has reduced the height of this one to make it look more aerodynamic.

The rear tail-lamps have a sleek design and are joined by a chunky chrome bar flowing in between. The boot lid cuts in an edgy semi hexagonal shape and the muscular rear bumpers protrude out. Comparatively, the new Corolla Altis looks way better than the earlier model as this one brings in more character and substance to the design.

They might not have the lines to flaunt and impress but then when it comes to functionality, this one does its job well. It gets everything from leather upholstery, spacious and comfy seats to a host of many other features.

The seats are extremely comfortable and well cushioned. Only the GL variant gets a 8 way power adjustable driver seat. Seats in both rows are well crafted. The headroom is fantastic even though this one is shorter in height and also due to the increase in length and wheelbase; the rear seats too offer great legroom. It is also the only car in this segment to have reclining rear seats.

On the central console, there is a nice beige touch given to the dashboard. The GL and G variants get 7.0 LCD touch screen while the JS gets a 5.8 LCD touchscreen. It can control various functions like Bluetooth telephony, navigation system, entertainment as well as accessing vehicle information. Along with offering options like USB and Aux-in, it has a SD card reader too which can be accessed by tilting the touchscreen.

It gets numerous storage options throughout the cabin. The Auto Climate control Ac can be controlled via the unit on the central console. This unit cools the cabin effectively but then absence of rear AC vents is felt too especially under extreme day time climate.

The diesel variant which sells in superb numbers has a comparatively smaller engine than the competition. It has a 1364cc 4 Cylinder CRDi engine. It produces 88PS of power at 3800 rpm and 205Nm from 1800 to 2800 rpm. Toyota offers the diesel in a 6 speed manual transmission as standard.

The diesel engine feels refined and smoother than before. The gear shifts have also become fairly easier. It does not feel like a small engine especially at higher speeds where the D-4D is at its comfort best. The diesel clatter gets louder once the engine starts revving at a higher rpm but then it can be ignored because of the amazing insulation of the cabin. Power delivery happens gradually. There is an evident lag at the beginning but then the engine works hard on its way to the top.

The petrol on the other hand gets my thumbs up. It feels rev friendly and more easy on the throttle. It gets a bigger block 1.8L Dual VVT-I Gasoline engine which produces a power of 140 PS at 6400 rpm and a torque of 173Nm at 4000 rpm. This one gets an optional 7 Speed CVT transmission in addition to the 6 speed manual box.

The CVT transmission unit is really quick when it comes to shifts and one also gets shift pedals with the AT unit. The petrol engine gets on the groove really fast and obviously it has 140PS at disposal. The torque ratings aren’t great but then it still doesn’t bother much as the engine keeps revving for a long time on the power band. Even though the dimensions are altered still it handles decently.

The steering wheel lacks precise feedback and can be improved further. At high speeds the vehicle is extremely stable and very well planted on the road. The suspensions which have been tweaked too offer a soft ride. Both the front and rear gets disc brakes and are effective in stopping this one even at great speeds. We shall cover both the cars in detail soon.

The highlight of the new Corolla Altis has to be its body design. It looks a lot better than the earlier model. The comfort inside also scores great points and with features like rear reclining seats and great legroom, very few cars come close to it.

The engine s also feels refined now and Toyota claims them to be more efficient than before. It is just finishing levels where the Corolla Altis could have done better. We are sure with the new Corolla Altis, Toyota can breathe a sigh of relief as this one will make the competition think for sure.

Find a list of all 4 petrol and 2 diesel versions of Toyota Corolla Altis. This table includes on-road price which covers all costs like RTO and Insurance.

The Toyota Corolla Altis is a premium sedan from the Japanese carmaker. The original Corolla offered a very nice package at an affordable price tag which made it a popular sedan. But over the years, the prices have only gone north and under the facelifted, modern looking skin, is the same decade old underpinnings.

The Corolla Altis competes with the Hyundai Elantra, the Chevrolet Cruze, the Skoda Octavia and the Volkswagen Jetta. While the Elantra comes at a better price and more feature, the German rivals have much more power and technology running than the Toyota’s age-old mechanicals.

Further to this, read Toyota Corolla Altis Road Test details by our expert.

The new design is futuristic and toes the latest Japanese design trends. The fresh design element will help the brand further strengthen its footing in the Indian market. The front facia sports chrome embellished new upper grille and a wider radiator grille that is integrated onto the bumper. The vehicle gets new LED headlamps with daytime running lamps and new LED cluster tail lamps. The sides appear to be fairly the same as the current generation but you are in for a new set of alloys and tail lamps.

The interior of the new Toyota Corolla Altis have been fairly retained from the earlier car but gets revised upholstery, new HVAC controls and circular shaped HVAC vents. Toyota has also worked upon the quality and finish to be better than its predecessors. The instrument cluster gets a 4.2-inch MID display with updated software and also gets new Touch 2 system with navigation as standard. The rear seats recline making it the only car in its segment to offer the feature.

In terms of safety, the Altis gets seven airbags and ABS with EBD alogn with an electronic stability program for the automatic.

The 2017 Toyota Corolla will continue to be powered by 1.8-litre petrol engine that generates 138bhp of power, while the diesel version comes with a 1.4-litre engine that generates 87bhp. The new model is expected to offer slightly better fuel efficiency figures than the current generation model. The new Corolla Altis is offered in six-speed manual and seven-speed automatic transmission options for the petrol engine and a six-speed manual for the diesel.

The new Corolla with its surprisingly new features and refreshing additions to its technology is a treat for drivers. With an increased ground clearance, the car deals well with the unexpected potholes and speed breakers with ease. Even when the car is fully loaded, Corolla surged past the most troublesome road obstructions with ease, giving a superb manoeuvring prowess.

The 1364 cc Diesel - powered variant delivers a fuel economy of 18 kmpl in city and 20 kmpl on highways, while the Petrol variant offers a mileage of 18 kmpl on urban roads and 20 kmpl on freeways, respectively. 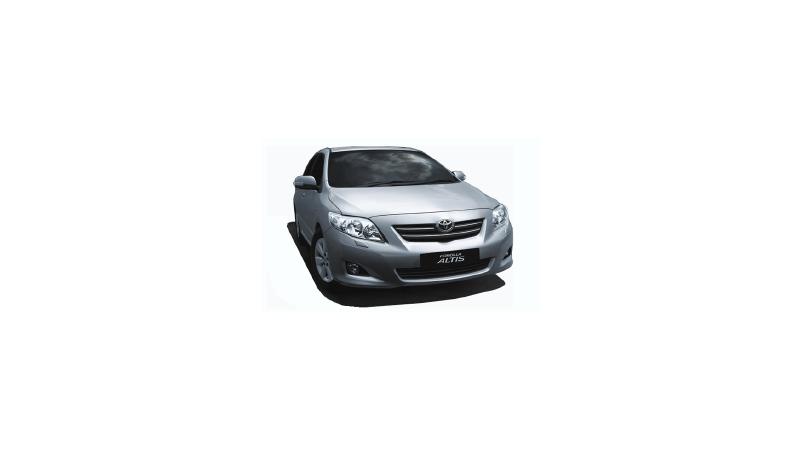 It seems that problems surrounding the faulty airbag inflators manufactured by Takata will not end anytime soon. Owing to faulty inflator units in their airbags, Toyota has announced recall for 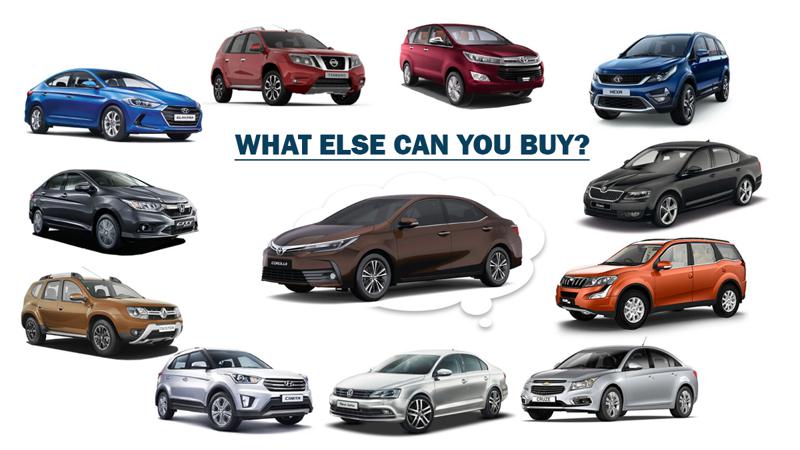 2017 Toyota Corolla Altis: What else can you buy for the same price?

Toyota has launched the 2017 Toyota Corolla Altis for a price tag starting at Rs 15.87 lakh, ex-showroom, Delhi. This is a mid-life update for the Altis after the launch of the current generation car 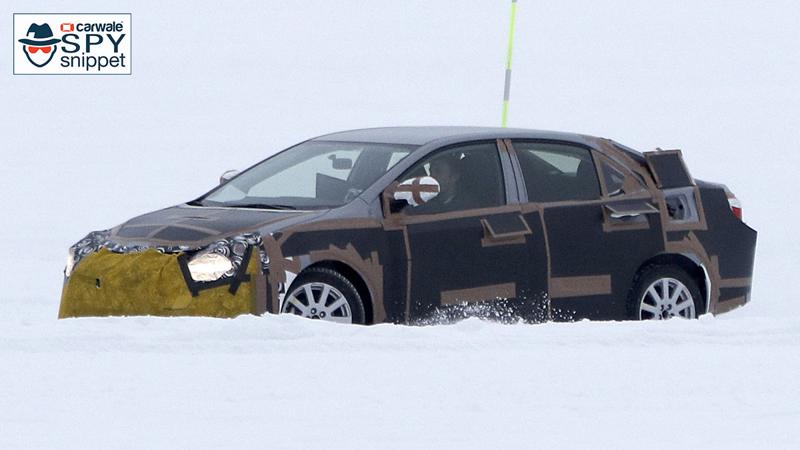 The next generation Toyota Corolla will make a debut at the end of this year and is likely to be launched in mid-2018. A few months ahead of a potential reveal though, the car was spotted doing the