Motorcycling company DSK Motowheels has plans of making introduce in the 125 cc and 150 cc segments, in the next two to three years. The new motorcycles would be assembled under the name DSK Hyosung. Currently DSK Motowheels has a Completely Knocked Down (CKD) facility for assembling motorcycles in the capacities of 250 cc to 650 cc at Wai, near Pune. Reportedly, this plant has the capability to produce 250 motorcycles every month. 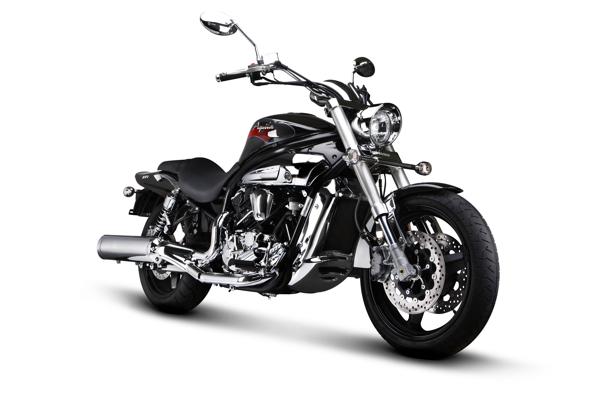 Speaking about the company's future plans, DSK Motowheels Managing Director (MD) Shirish Kulkarni said, “We are planning to invest around Rs. 300 to Rs 350 crore for setting up our second plant in Maharashtra. Mostly we will be finalising the 100 acre land in Maharashtra itself. It will be highly automated plant with a paint shop. Probably the construction should commence in six to eight months from now.” In addition to making motorcycles for the local market, there are also plans to export the 125 cc-150 cc bikes in the future from the new proposed plant. With respect to this, Kulkarni added, “Initially, it will be an assembly plant. Hyosung world over has motorcycles with engine capacity ranging between 125 cc to 700 cc. We will start with 125 cc and 150 cc engines. In three to four years (from now), it will be a fully operational plant. We will manufacture premium motorcycles also.”

As per Kulkarni, there are a total of 25 retail outlets in the country for DSK products. However, the company has plans to add 10 more by December 2013 with special focus on tier-II Indian cities. From June 2012 till now, 1200 motorcycles have been sold by the company and it aims to sell 2000 units by the end of 2013. Interestingly, though the industry expanded by 25 per cent year-on-year, the company recorded a higher growth of 60 per cent for the previous year.

Currently, DSK Hyosung sells a 250 cc base model GT250R at Rs 2.80 lakh, along with 700 cc ST7 Cruiser bike for Rs 5.89 lakh (ex-showroom Delhi). It is good to know that currently the company is in the process of expanding its product portfolio, offering greater options to the discerning Indian customers.