While the Government contemplates the implementation of a policy to allow quadricycles like Bajaj RE60, Tata Motors has lashed out at the decision, calling it a regressive step. On Twitter, Tata Motors Managing Director Karl Slym said, “Why? The Government + industry have been accelerating efforts in traffic safety & environment, now we consider Quadricycle. Why go backwards??” 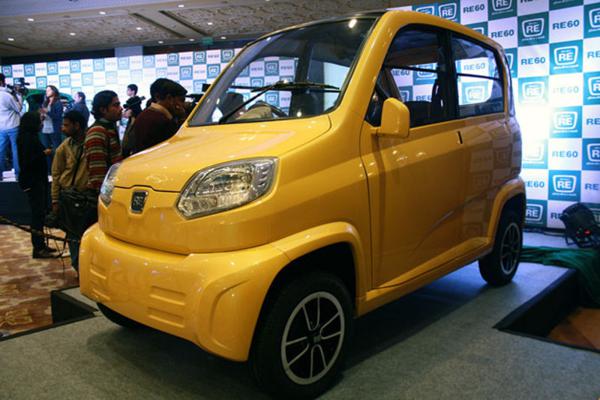 Based on the report prepared by the International Centre for Automotive Technology (ICAT), which will be handed over to the Ministry of Road Transport & Highways, the final decision on this policy will be taken. However, most government officials are fairly divided in terms of moving forward with this issue. An official source was quoted to be saying, “It is, however, more or less unanimous that the safety and emission standards must be equivalent to European norms for quadricycle.”

For creation of this new segment, Bajaj Auto Ltd. (BAL) has been pushing since the previous year, so that its quadricycle named RE60 can be launched as a commercial vehicle in the market. It is to be positioned as a safe intra-city transportation vehicle, possibly replacing the current Bajaj auto rickshaws. The vehicle was last seen at the 2012 Delhi Auto Expo, comes powered by a 200 cc petrol engine and is capable of attaining a top speed of 70 kmph. A mileage figure of 35 kmpl is expected from the RE60 quadricycle.

As stated in Europe, since many quadricycles are being used there safety is a prime concern in case of these vehicles. Reportedly, quadricycle do not come with side or front crumple zones. If one looks at the current auto market, the cheapest vehicle is the Tata Nano that is priced at about Rs. 1.50 lakh. If the RE60 is launched, it would pose serious threat to the position of the Tata Nano, apart from being much more unsafe as compared to the latter. It seems that the debate on whether to launch the RE60 or not would be continued for quite some time.