Honda Cars India Limited, a completely owned subsidiary of the Japanese multinational auto maker Honda, is riding high on the incredible success of its first diesel model Amaze in the domestic passenger car market. The stunning entry level sedan marked its Indian presence on April 11, 2013 and since then the company has sold an impressive 16,000 Amaze units in the country, of which diesel variants accounted for sales close to 80 per cent. This means around 13,000 units of diesel Honda Amaze have been sold in India in less than three months. 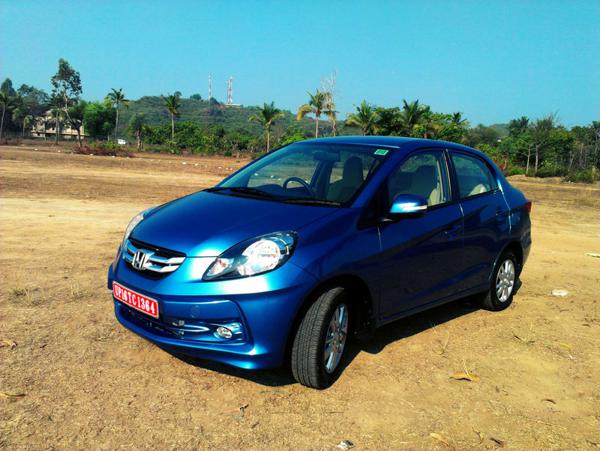 It is well known that Honda Cars India recorded an impressive 22,000 odd bookings of the new Amaze entry level compact sedan, of which 16,000 units have been delivered to their respective owners in the domestic market. As per reports, the Japanese car maker clocked total passenger car sales of 11,342 units during the month of May 2013, wherein Amaze contributed more than 50 per cent at 6,036 units. Further, the diesel powered Amaze wrapped up bulk of the sales for Honda in the Indian auto market. At present, Honda Amaze is the most powerful and fuel efficient diesel model in the entry level compact sedan category of passenger cars in the country.

On the new Amaze and upcoming cars from the company, Jnaneswar Sen, Senior Vice President (VP), Sales and Marketing, Honda Cars India Limited, was quoted as saying, “Before the Amaze, we operated only in 10 per cent of the passenger car market in India with our petrol models (Civic, City, Accord and Brio). With more diesel models coming up, we hope to expand our operating field to 50 per cent in the next few years.”

Honda has made stunning statement with its Amaze range after choosing to ignore the diesel car segment for many years in the Indian auto sector. Currently, the Honda Amaze order book is sitting on a long waiting list of four to five months for the diesel trim in few cities. The domestic car buyers are expected to see longer waiting periods in future, in order to get behind the wheel of Amaze. Therefore, the company is looking at increasing its annual production capacity in the country, from the present 120,000 units to 240,000 units by the end of 2014.

Expressing his views on the company's future production plans, Hironori Kanayama, President and Chief Executive Officer (CEO), Honda Cars India Limited, has been quoted as saying, “We are trying hard to increase production of Amaze. There is also a production constraint at our supplier side.”