General Motors India, the domestic arm of American auto maker, has introduced an investigation team to track down the technical issues in its Sail series (sedan and hatchback) and Tavera BS III. Reportedly, the auto maker has temporarily stopped the manufacturing of these models in the Indian market. Sources close to the development process stated that the company is looking ahead to soon fix the issues and restart the production by July 1, 2013. 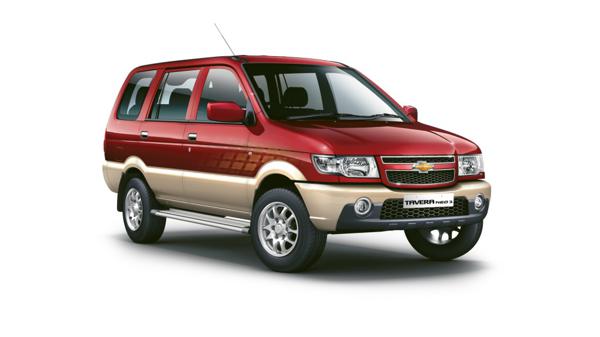 It must be noted that the production of Chevrolet Tavera stopped because of an inspection made by Automotive Research Association of India (ARAI) on the BS III compliant diesel engine of the Sports Utility Vehicle (SUV). It is believed that the investigation has revealed that the engine has failed to remain parallel with the current emission norms. In case of Sail sedan and hatchback, certain ignition problems have been found in the Fiat-sourced 1.3 litre common rail diesel engine, which forced the auto maker to halt their production.

A thing to note here is that Fiat India, who provides the same 1.3 litre Multijet diesel engine to Maruti Suzuki and Tata Motors, has claimed that none of the other companies have reported have any such complaints. Along with, Avtech, the manufacturer of BS III engine that powers Tavera SUV, has also issued a statement saying that this problem was not caused by the power train and rather is a result of some faulty sub components supplied by other tier 1 vendors.

Reportedly, the auto maker has recently increased the production potential of its BS-IV Tavera, in order to cope up with the increasing market demand. Also, General Motors uses the same 1.3 litre engine in its Enjoy Multi Purpose Vehicle (MPV) and its manufacturing has been unaffected.