Datsun, the Nissan owned brand, is all set to mark its presence again in the Indian auto market on July 15 with only target to garner the attention of price sensitive Indian buyers with the launch of economical models. Along with India, the auto makers will be introducing its models in the auto markets of Indonesia, Russia and South Africa. In this country, the company will be launching a small car in the initial stages, which is expected to be based on the Micra hatchback. 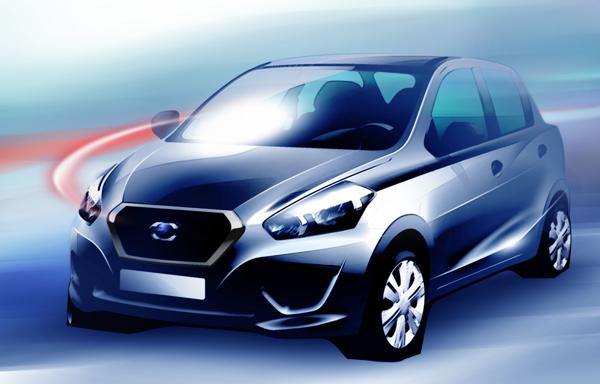 Known as Datsun K2, sources close to the development process revealed that the official sales of the model will commence from the next year. However, industry experts are of a view that the brand value of Datsun will not be as strong as of Nissan's, in the initial stages. Sources further said that the model will lose out some key features on its exteriors like coloured outer rear view mirrors and door handles. Also, movable rear head rests are also not anticipated to be fitted within the model; however, nothing can be confirmed as of now.

Coming to the rear end of the model, the designing language is expected to be sourced from the much appealing Micra. The rear windows of the model do not have a quarter glass, which seems to be an indication of cost cutting by the industry experts. However, this philosophy does not affect the looks of the model. Also, auto analysts are of a view that the first model from Datsun will be promising.

It must be noted that no official information has been revealed by the auto maker regarding the interiors of the model. However, it is quite likely that the new Datsun K2 will feature gearbox and parking brake in the lower portion of the centre console. Speaking in terms of the price, the model is expected to come with a base price tag of Rs. 3.5 lakh. Post launch, the car will deliver a stiff competition to Hyundai i10, Maruti Suzuki Wagon R and Chevrolet Beat.